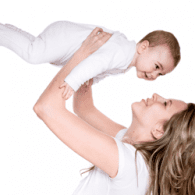 Breastfeeding Rates Are Up and Lives Are Being Saved

Our newspapers are so full of dismal news that it’s uplifting to read some good news, especially about babies.  The October 2016 issue of the Journal of the American Medical Association (JAMA) Pediatrics featured a fabulous article about one of the most successful government health programs on our planet – the Baby-Friendly Hospital Initiative (BFHI).  This program was developed during 1991 by the World Health Organization and the United Nations Children’s Fund to improve maternity-care practices and breastfeeding rates.  It has been a success globally in more than 150 countries.  The goal of the program was to certify a hospital maternity ward as a “baby-friendly hospital,” one that complied with a program to educate new mothers on the benefits of breastfeeding to their babies and themselves.  The results have been no less than “wow!”  Since the initiation of BFHI, exclusive breastfeeding rates in the first six months has doubled in the United States and the number-crunchers estimate that improved breastfeeding rates could reduce medical costs by at least 2.4 billion dollars annually in the United States alone.

Another perk from the BFHI is the finding that increased breastfeeding, especially longer term, can lower the incidence of just about any disease you don’t want your child to get, especially infectious diseases and type II diabetes.  As a maternal perk, breastfeeding decreases maternal risk of breast and ovarian cancers.

The most rewarding medical benefit of increased breastfeeding rates was the marked decrease in sudden infant death syndrome (SIDS).  While health officials are absolutely astounded by this successful breastfeeding program, savvy mothers could have predicted these outcomes all along.