“I am a divorced father in the middle of a pretty bitter custody battle. I have two daughters, 6 and 7 years old. When the kids were young, and my ex and I were married, we practiced attachment parenting. We never spanked, my ex breast fed them until about 18 months, and we all slept in one bed. And I frequently changed their diapers, bathed them, took them to daycare, etc. And played and roughhoused with them….Today, my ex raised questions to the evaluator and the co-parent counselor, saying that certain behaviors of mine are inappropriate, and the counselor agreed that certain behaviors should probably have stopped after age five.

All of this they say are sexualized behaviors. I am not surprised my ex is saying this, I am much more surprised the psychologist is saying this. There is nothing sexual going on. If I felt that one of the kids were rubbing against me, I would set them down, and put a definite stop to that, while trying to be sensitive to their needs and growth.

If I had two boys, would people be saying I could not give them shoulder rides at the age of seven? Would folks be saying I should not be roughhousing with them? When a friend asked, “well when would you stop picking them up?” I responded, well, probably when they get too heavy to lift. Which isn’t that far off for the seven year old. I want what’s best for my kids. If these activities should be stopped, okay. But to be honest, it’s fun for them, fun for me, brings us close together, and I would hate to stop it due to misinformation.

Can you shed some light on this for me?”

Wow, you are certainly in a tough situation. I have many dads and daughters this age and older doing all of these behaviors that you are describing. I agree with you that these are just Daddy being Daddy. There is absolutely no problem with what you are doing as long as there is no history of inappropriate behavior toward your girls by anyone. Does that make sense? Sure, somebody else might have a different perspective on this depending on their background. If mom had ever been inappropriately treated, then she will be super-sensitive to how her girls are treated, and will certainly miss-interpret situations like this.

Father/daughter interactions can be appropriately close – much closer than she should be with any other adult male. My daughter (11 years old) will come up to me and jump on my back into the “piggy-back” position. Then I carry her around to her requested destination. While on a plane ride, she will put her head on my shoulder while she takes a nap. If these made her uncomfortable, she would not initiate these times of closeness. I would suggest you let your daughters ask for a shoulder ride or a knee to sit on, instead of you insisting on it.

When my wife and I return home from dinner and a movie, our kids are usually sleeping on the couch. After dismissing the sitter, my wife goes upstairs and readies the kids’ beds, while I carry them up and tuck them in. Absolutely nothing wrong with carrying my seventh grade daughter up the stairs and into her bed! Yes, she is heavy, and sometimes I wonder how far I could carry her if she was ever injured while we were hiking in the woods. Would your counselor have a problem with me carrying her for two miles with a broken leg?! She better not!

Your daughters will likely eventually seek life partners who remind them of you – and I say, “so far, so good”. Who you are, and how you behave will define, in your child’s mind, what an Ideal Man should and shouldn’t do. Lack of appropriate affection from father could make them more likely to seek inappropriate affection from other boys/men when they are older. I think your actions are perfectly appropriate and are helping you to build a strong bond with your daughters. Like me, I know you would never cross that line. Hugs, kisses on the cheek, and shoulder snuggles could and should last well into adulthood, and on their wedding day, you will probably share a dance with them, right? I doubt mom will have a problem with that. 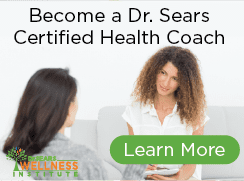