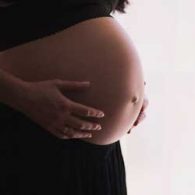 Pediatricians Speak Out About Microbiome Insufficiencies from Cesarean Births

Having attended over a thousand surgical births during my fifty years as a pediatrician, I first wish to point out two important facts:

With that in mind, pediatricians are becoming increasingly concerned about expectant mothers and their doctors choosing a surgical/cesarean birth for convenience and not always out of medical necessity.

One of the main reasons for discouraging unnecessary cesarean births is the new research showing how normal and healthy passage through mother’s birth canal helps plant healthy seeds in the baby’s growing gut garden, or what is called “growing a healthy microbiota.”  Growing a good gut garden early on leads to a healthier immune system for baby.

In an article in the June 2019 issue of Infectious Diseases in Children, researchers discovered a new finding regarding cesarean births. The findings were as follow:

Because of these studies, pediatricians are increasingly advising mothers to seek wise medical judgment and think carefully before deciding on an elective surgical birth.

Because of this new discovery of how the passage of through mother’s vaginal canal helps plant seeds in the baby’s growing microbiome garden. When a baby needs a surgical birth, immediately after delivery the obstetrician will take a swab of mothers vaginal secretions and massage baby with them.

For more about how to lower your need for a surgical birth and how to have a safer surgical birth, see the only pregnancy book co-authored by a university professor of obstetrics, a Ph.D. midwife, a childbirth educator/mother of eight, and a pediatrician – The Healthy Pregnancy Book.