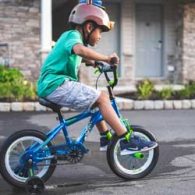 When 10-year-old Liran first came into our doctor’s office, the consultation was initially for “ADHD,” which he did not have because his brain wasn’t the issue. Within the first few minutes of

examining him, I said to his mother, “Liran’s learning and behavioral problems begin in his mouth, not in his brain.” His persistent mouth breathing was the clue to me that he had partial airway obstruction (plugged nasal passages and a small jaw) and OSA (obstructive sleep apnea) which greatly hampered his learning. These medical conditions can impact sleep, which can cause ADD. Many parents don’t connect sleep apnea and ADD. An often overlooked hidden and sometimes the root cause of ADHD.

This is the story that Liran wrote Dr. Bill! After 4 months of dental widening, using an oral appliance, his breathing passages, his sleep improved, and his ADHD went away. [Read Liran’s Story]