When it comes to infant formula, parents need to know a few simple facts:

There are some subtle differences among the major brands of infant formulas which may affect how your baby tolerates one formula over another. Reading the labels may leave you feeling like you need a Ph.D in biochemistry to make an intelligent decision. We want to help you with an analysis of the big three nutrients: proteins, fats, and carbohydrates. The vitamins and minerals in all formulas are similar, since these are governed by strict regulations, however, the nutritional fine points of the fats, carbohydrates, and proteins differ from one brand to another, as the marketing departments of each company are very willing to point out, especially to pediatricians.

Standard formulas are those that are tolerated by most infants. Infants with special digestive needs require special formulas. Here are some guidelines on how standard formulas differ and how to match the formula to your baby’s needs.

Comparing proteins. In looking at the protein content of the big three brands (Similac , Enfamil, and Carnation), you will notice the main difference is in the whey/casein ratio. In recent years there seems to be a whey war going on among formula makers, and each company has its own semi-scientific rationale as to why their product is best. Carnation contains 100 percent whey, claiming that the cow’s milk casein used in other brands, unlike the casein in human milk, forms difficult-to-digest curds that contribute to constipation. As an added perk, Carnation predigests the whey, breaking the protein up into smaller particles which are supposed to be easier for a baby to digest. 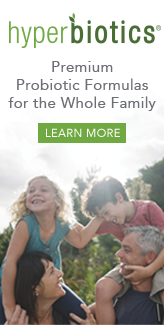 Enfamil promotes a 60/40 whey-to-casein ratio similar to human milk. Actually, a 70/30 whey/casein ratio is more typical of human milk, and the whey content of some human milk can be as high as 80 percent. Similac has always claimed that casein was the best protein, and for many years Similac formulas were 82 percent casein and 18 percent whey. In recent years, Similac has “improved” on this, and now boasts 48 percent whey and 52 percent casein. How much of this is science, how much is market pressure, and how many other factors are involved is hard to say. A consumer might conclude that Similac isn’t sure about the optimal protein composition and seems to be going along with the whey crowd, but not as far as Carnation. Similac backs up their protein choice with studies showing the amino acid profile in the blood of Similac-fed infants is similar to the amino acid profile in the blood of breastfed infants. Unlike the manufacturers of Carnation and Enfamil who claim their formulas are most like human milk “on paper,” Ross, the maker of Similac, has departed from this way of thinking and formulates their protein based on what actually gets into baby’s blood, not what is listed on the can. This approach seems to have more scientific merit. Until this whey war is settled, let your baby’s own digestion system be the guide.

Comparing fats. The label tells you that the fat in all artificial baby milks comes from vegetable oils. There is no acceptable alternative source, though long ago some infant formulas were made with lard. The five types of vegetable oils that are used are palm olein (not to be confused with saturated palm or palm kernel oil), soy, coconut, safflower, and sunflower. The different blends of these oils all have percentages of saturated, monounsaturated, and polyunsaturated fatty acids similar to breastmilk, though some rely more on one oil than another. Sunflower oil, for example, is extremely high in monounsaturates, whereas safflower is high in polyunsaturates. Formula companies claim that regardless of the source of the fat, as long as the final blend yields a fatty acid profile similar to human milk it’s okay for babies. Enfamil has even published a study showing that their product has a fatty acid profile similar to that of breastmilk. Actually, comparing the fat profile of human milk with the fat blends of formulas is more difficult than it seems because the fat content of human milk changes with the age of the baby and from feeding to feeding. The fat blend of formulas tries to match an “average” fat profile for human milk (whatever that means).

Of all the nutrients in formulas, the fatty acid profile is the most concerning. While formula fat does contain the two essential omega acids, linoleic and linolenic, it does not have any DHA , the fatty acid vital for brain development. Up until recently, researchers believed that infants could make DHA from these essential fatty acids as adults do, but recent studies have shown that formula-fed infants don’t have the same high DHA levels that breastfed infants do. Babies may need a supply of DHA ready-made. This biochemical infant quirk has caused a lot of controversy among formula manufacturers as to whether or not to add DHA. As it stands now, the DHA precursors, linoleic and linolenic acids, are there, but they are not as biochemically active as they are in breastmilk. In Europe, additional DHA fatty acids are added to artificial baby milks, and some nutritionists believe that without added DHA, American babies are currently fed formulas that have a fatty acid deficiency. Many researchers attribute the intellectual advantages of breastfeeding that are showing up in new studies to DHA.

Another problem with the current fat blends is they don’t contain any cholesterol . On the surface this may sound like a nutriperk, yet we are once again tampering with Mother Nature. Human milk is sort of a medium-cholesterol diet, like all animal milks. The absence of cholesterol is another reason for concern in artificial baby milks.

Carbohydrate comparisons. Similac and Enfamil are practically the same in carbohydrate content, both containing only lactose. Carnation, on the other hand, contains 70 percent lactose and 30 percent malto-dextrin, a table-sugar- like carbohydrate that is, according to the manufacturers, necessary to balance the biochemical properties of the whey.

Let baby be the judge. With current knowledge, it’s impossible to rate one formula higher than another, and they’re all likely to change with time. While the three main brands seem to be nutritionally similar, it all comes down to which formula works better in your baby’s intestines.

Iron-fortified formulas. You will notice at the store that both Enfamil and Similac produce iron-fortified formulas and formulas that are lower in iron. In our opinion, and that of the Committee on Nutrition of the American Academy of Pediatrics, low-iron formulas have no place in infant nutrition. Carnation does not make a low iron formula, but only one formulation that contains the recommended amount of iron similar to that in the other two formulas.