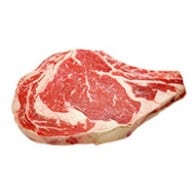 Healthy Meat: Yes or No?

What’s the beef with red meat? This question can be answered in two nutritional words: fat and cholesterol. Recent nutritional guidelines have recommended eating 18 ounces or less of red meat per week. Listed are the top health concerns about red meat, tips on choosing healthier meat options, and getting more overall balance in your diet.

No matter how you slice it, red meat is high in fat. Unlike milk, in which you can separate out part or all of the fat, you can never get rid of all the fat in red meat, no matter how well you trim it. Even the lean parts are laced with fat. Extra lean select-grade beef contains around seven percent fat.

Not only is there too much fat, it’s the wrong kind. Nearly half the fat in red meat is the artery-clogging, saturated type. And, of course, meat is also high in cholesterol. Beef fat is more saturated than poultry fat because the bacteria in the ruminant stomach of cattle hydrogenate, or saturate, the fats in the plants that cows eat. It’s like having a fat factory inside the food source.

Not only are the fats in meat unhealthy, meat proteins have also recently come under fire. Recent evidence suggests that animal proteins increase blood cholesterol levels, while plant proteins decrease them. Meats contain high levels of the amino acid L-lysine, which increases insulin production, prompting the liver to release fat and cholesterol into the bloodstream. If L-lysine is experimentally added to animal diets, blood cholesterol levels increase by over fifty percent and the animals get plump.

Try to get more protein from legumes, plant proteins and eggs. Beans in many varieties, lentils, chick peas, nuts and eggs are great protein alternatives.

Other Health Concerns About Meat

While there is experimental evidence to implicate the meat fats and proteins in meat with disease, the effects of muscle-building hormones and infection-killing antibiotics fed to livestock are harder to pin down. These substances appear in the meat at the supermarkets, and common sense tells us they certainly can’t contribute to our health and may harm it.

The most compelling reasons for eating less meat are the undisputed studies showing that countries with higher meat consumption rates also have higher rates of heart disease and cancer. And within these countries people who eat less meat have a lower incidence of both heart disease and cancer than the general population. One of the most famous studies is called the Nurses’ Health Study. In this study of more than one hundred thousand female nurses, those who ate the most animal fat were twice as likely to get colon cancer as those with the lowest intake of animal fat.

You may not want to completely eliminate meat from your diet, but there are ways to cut back on both the meat and the fat.

1. Trim the fat. Trim all the fat you can see surrounding that sirloin. In addition, choose cuts of meat that are less marbled with fat, the kind of fat that not even the finest surgeon could trim. Since there is no law requiring beef to carry these labels, you may have to ask which category of meat a particular cut is. Here are some fat-trimming words to look for in reading labels on cuts of meat:

2. Drip-dry the fat. Broiling is likely to remove more fat from the meat than frying, especially if the fat drips out of the meat. Roasting or baking the meat in its own juice is certainly better than adding fat by frying, yet the fat can soak back into the meat this way. Instead of buying hamburger, choose the leanest piece of beef you can find, such as select lean or select top round (around four grams of fat per 3.5 ounces compared with 18 grams of total fat for lean ground beef) and ask the butcher to grind your chosen cut into hamburger for you. (Of the popular cuts of beef, select top round has the lowest amount of total and saturated fat.)

3. Beef up the main dish without beef. Rather than making meat the centerpiece of a meal and vegetables the accent, reverse the importance of these foods. Dicing up three ounces of beef into a vegetable stir-fry is much healthier than sitting down to a 16-ounce sirloin. Instead of planning meals around the meat, let the meat accompany the vegetables or be part of a pasta or grain-based casserole. Also, try to add more protein-rich legumes, beans, plant-based proteins and eggs to the meal.