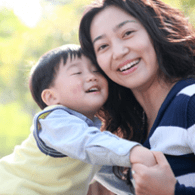 The Baby B’s translate into the Childhood C’s when we examine the Attachment Parenting outcomes.

Important Note:  Parents should not take all the credit or all the blame for the person their child later becomes. You do your best to raise your children with all the tools and resources you have at that time. The rest is up to the child. While there is no perfect correlation between what parents do in those early years and the outcome of their children, in over fifty years in pediatric practice, I have observed that attachment parenting kids share many of these features:

Kids who experience attachment parenting show empathy. These are kids who care (e.g., care-full). From birth on, these children were on the receiving end of nurturing. Someone cared for them. Caring, giving, listening, and responding to needs became the family norm, and these qualities became part of the child. The child went from receiver to giver. When friends are hurting, these children rush to help. These are compassionate kids who hurt when other people hurt.

Studies on troubled teens and psychopaths have shown that these persons have one abnormal feature in common: a lack of caring. They feel no remorse for what they do. They act without considering the effects of their behavior on others. When we look at Attachment Parenting outcomes with AP children, this is not the case.  These children consider the feelings of others before they act. They care about how their actions affect other people. They have a healthy sense of guilt, feeling wrong when they act wrongly and feeling good when they should. Connected kids care. (For more information see Raising a Moral Child)

Because these children are on the receiving end of sensitive and attachment parenting, they become sensitive themselves. These children grow up with a deep inner sense of rightness. They are keenly aware when this rightness is upset and they strive to bring things back into balance.

I watch these children in playgroups. These early takers have become good givers. They actually share willingly – something that is difficult for many children. In playgroups, they are concerned about the needs and rights of their peers as they’ve seen that modeled.

These children are more sensitive to their friends and their parents. Children who are the product of attachment parenting (especially high-need) are super-sensitive to your moods. When you feel stressed, they act stressed. Eventually, this sensitivity becomes an asset, so that when you feel bad they act their best in order to help you feel better. I have witnessed our own children and others trying to console their upset parents, “Don’t cry, Mommy, I’ll help you” or “It’s okay, Daddy, I love you.” Watching a sensitive three-year-old console the adult she loves is one of the most beautiful payoffs you will ever witness. No adult therapist could ever offer words that have such impact as those that naturally flow from the heart of a sensitive child.

Attachment parenting kids develop the quality of intimacy. Children who experience attachment parenting have the ability to feel close to another person, because these “Velcro babies” spent the most formative months of their lives in arms and at breast. These kids have learned to bond to people rather than to things. They become high-touch persons even in a high-tech world.

Therapists whose offices are filled with former high-need children who didn’t get responsive parenting tell us that most of their energy is spent in helping these persons get close to someone. These people have difficulty getting connected. They do not have the capacity for feeling close. Not so high-need children who are the product of high-giving parents. These children thrive on interpersonal relationships. Being connected is their norm. The attachment parenting infant is more likely to become the child who forms deep friendships with peers and the adult who enjoys deep intimacy with a mate. These are deep children, capable of deep relationships. Because they were close to their parents and caregivers, they become capable of strong attachments. Intimacy becomes their standard for future relationships. These children are affectionate. The connected child has learned to give and receive love.

(For related topics, see: unconnected child and growing up connected)

Connected kids are less accident prone. Securely attached children do better because they have a better understanding of their own capabilities. In parent paraphrase, they are less likely to “do dumb things!” The organizing effect of attachment parenting helps to curb their impulses. Even children with impulsive temperaments tend to get into trouble less if they are securely attached to a primary caregiver. A child who operates from internal organization and a feeling of rightness is more likely to consider the wisdom of a feat before rushing in foolishly. They think before they act. This may be because connected kids are not internally angry. Anger adds danger to impulsiveness, causing a child to override what little sense he has and plunge headfirst into trouble.

Confidence comes from two words meaning “with trust.” High-need children whose parents respond freely to their needs grow up as if “trust” is their middle name. They grow up learning that it is safe to trust others, that the world is a warm and responsive place to be, that their needs will be appropriately identified and consistently met. The trust they have in caregivers translates into trust in themselves.

I felt he would never leave my arms, but when he became two, he often said, “Me do it.” I know this is a phrase that many mothers dread (because it takes five times as long for the child to accomplish a simple task), but to the mother of a clingy baby, this phrase is a joy. Now that Jonathan is absorbed in trying things himself, he is rapidly leaving many of his old baby needs, such as demanding to be carried everywhere and never leaving my lap. I must admit that there are times when I miss being the exclusive interest in his life. But when one of those moments arises, all I have to do is give him a big hug and he stops doing what he is doing and returns to me. Mostly, I am proud to see him growing into a happy, loving, self-confident little person, especially when I realize he has done it on his own. I have simply given him the support he needed.

Besides these “C’s” for children, there is an important “C” for parents. Moms and Dads who practice attachment parenting develop confidence sooner as well. They used the basic tools of attachment parenting, but felt confident and free enough to branch out into their own style until they found what worked for them, their baby, and their lifestyle. In fact, during well-baby checkups I often asked, “Is it working?” I would advise parents to periodically take inventory of what worked and discard what didn’t. What worked at one stage of development may not work in another. For example, some babies initially slept better with their parents, but became restless later on, necessitating a change in sleeping arrangements. Other babies slept better alone initially, but needed to share sleep with their parents in later months. These parents used themselves and their baby as the barometer of their parenting style, not the norms of the neighborhood.

(For additional benefits, see: growing up connected, independence, and interdependence)