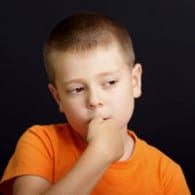 Poor Attendance Due to a Phobia of School

School phobia is referred to in medical circles as the “great imitator” because it is one of the most frequent medical examples of a child presenting a physical complaint, which, in fact, stems from an emotional cause. School phobia results in poor school attendance and is caused by an inappropriate anxiety about leaving home, a fear of attending school, or both. Your child will seldom admit that he is afraid to leave home or attend school. He is more likely to say he has to stay home because he feels “sick.”

Suspect that school phobia is the cause of your child’s pains when your child’s physical complaints are vague. He has abdominal pains (“My stomach hurts”), nausea, vomiting, poor appetite, headaches, tiredness, weakness, occasional pallor, insomnia the night before school, chest pains, a sore throat or a dry, single cough during the day (children with respiratory infections usually cough more at night, tend to cough in a succession of five or more coughs and cough up some mucus). Some parents claim their child feels hot, but when they take their child’s temperature it is normal.

These symptoms appear on school days, usually Sunday night or Monday morning, and disappear during weekends and holidays. The back-to-school month of September is the most common time for school phobia.

Parenting a Child Who Does Not Favor School

With the help of your child’s doctor, your goal is to find a method of getting your child to school while still respecting his feelings. Separation-from-home anxiety is usually more of a problem than fear of school; so let’s focus on why your child is afraid to leave home. It’s quite usual and normal for a child to experience temporary separation-from-home anxiety when he first begins school, but normally this anxiety gives way to a feeling of comfortable independence.

When beginning your efforts at parenting your child back to school, consider the following: Is your parent-child relationship fostering a home dependency by consciously or unconsciously conveying to your child that you do not want him to be separated from you? An old psychology axiom summarizes the problem: “A child cannot be expected to tolerate separation from his parents if the parent cannot tolerate separation from the child.” I do not feel that a strong dependency is always wrong or should be corrected, since it may simply be a manifestation of a secure and healthy parent-child relationship. However, a secure parent-child relationship should really enable the child to be more secure in his away-from- home relationships, which are very important for the personal and social development of a school-aged child. Examine your parent-child relationship. Is there any reason why your child should have a fear of leaving you? Does he feel some harm may come to you or to his home when he is away? I once counseled a child who was afraid to leave home for fear her parents would divorce. Parents of his closest friend recently divorced. Don’t confront your child with “Why are you afraid to go to school?” Instead, ask him. “Why do you want to stay home?” This approach respects his feelings and opens the way for communication.

Next, attempt to find out if there is a threatening situation at school. Is he having difficulties either socially or academically? A discussion with his teacher may help to uncover this problem. A temporary school phobia is common after a child misses school for a prolonged period. This may be due to embarrassment at having missed school and having to justify his school absence to his peers, or a fear of being unable to catch up on missed work.

Your child’s doctor can assist you in parenting your child back to school. He can perform a complete medical examination, give your child a complete bill of health, and proclaim that your child does not have an illness that should keep him out of school. He will then insist that you and your child return to school immediately. Sometimes, when your child insists that he is sick just before school time, tell him you are going to take him to the doctor and the doctor. Avoid focusing on your child’s bodily complaints, since this may simply reinforce his anxiety about his various aches and pains. Your child’s doctor will also assist you in counseling your child and supporting his feelings. The aim of this counseling is to convey to your child the message that “School attendance is not negotiable, but my parents and doctor will help me overcome my fear of leaving home or attending school.” By getting your child back to school, you break the vicious cycle of increased dependence on home, which fosters more fear of school. This allows the healthy desire for school and social success to overcome his separation-from-home anxiety. To insist that he return to school without also attempting to respect his anxieties and determine the cause of his fear deprives your child of valuable parental and medical support resources.