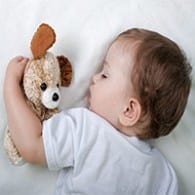 How Matching Toys With Temperaments Helps

It’s fascinating how even children in the same family are so different from one another. A child’s individual personality is determined, at least in part, by their inborn temperament, which begins to reveal its self soon after birth.

One three-month-old baby may be described as “laid-back,” while another three- month-old may need to be constantly entertained. Your job as a parent is to help your child become the best he or she can be. This means nurturing your child in a way that shapes his or her nature to the child’s advantage.

The toys you select for your child can help you do this, whether you have a shy child or an aggressive child:

A shy child might benefit from toys that require interaction with other people—games that use the thinking skills she excels in but that are played with a partner.

A very active or aggressive child probably should not have an assortment of toy weapons at his disposal. Instead, think sports equipment or skates or balls—toys that channel energy away from violent play. If you feel that an aggressive child needs to learn more about caring for others, your first thought may be to give that child a baby doll or a teddy bear. But will he play with it? Instead try toys that encourage caregiving activities on a heroic scale—equipment to play police officer (minus the gun) or fire fighter.

Avoid the trap of selecting toys for the child you wish you had as a child. If you’re using toys to stretch a child in a new direction, think small steps. Giving a doll-loving little girl a tool set probably won’t turn her into a construction expert, but building a dollhouse together might be the first step toward a career in architecture.