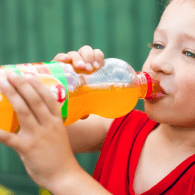 Now in my fiftieth year as a pediatrician, it’s only in the past five years that I’ve seen such concern among pediatricians that heart disease is occurring at a younger and younger age. My wish is that parents would take this trend seriously and realize the importance of feeding their children, from birth on, what we at the Dr. Sears Wellness Institute simply call “the real food diet” – how eating whole foods is beneficial. Imagine what a valuable long-term gift of health you could give your children by simply feeding them real foods and helping them develop healthy eating habits in those first five years of life. Consider this not only a change in eating habits, but a change of heart!