(Reuters Health) – Despite moves by some states to allow recreational and medical use of marijuana, a large group of U.S. pediatricians says in a new statement that the substance should remain – for the most part – illegal.

In an update to its 2004 position statement on the matter, the American Academy of Pediatrics also calls for decriminalization of marijuana to lessen the lasting effects of criminal charges brought against youths – especially minorities.

While it doesn’t support legalization, the Academy says the penalties for being caught with the substance should be reduced because a criminal record can have a lasting impact on people’s lives, causing them to have trouble getting jobs, housing and loans for education. 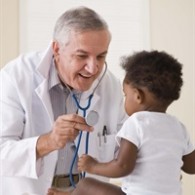 Decriminalization of marijuana “takes this whole issue out of the criminal justice system and puts it into the health system, where it really should be,” said Dr. Seth Ammerman, the statement’s lead author from Stanford University in California.

“What that would look like – we hope – (is) if you’re found to be in possession of marijuana as a kid, instead of going to jail, juvenile hall or getting some sort of record, you’d be put in some sort of diversion or treatment program,” Ammerman told Reuters Health.

But while people often say marijuana is as benign as alcohol for adults, Ammerman said it’s the Academy’s position that the same is not true for children and adolescents.

The statement says the negative effects of marijuana on adolescents are well documented, including impaired short-term memory and decreased concentration and problem solving.

Marijuana also affects motor control, which may contribute to deaths or injuries through traffic and other accidents. There are also more recent questions as to whether early use of the substance affects the brain.

“There has been some interesting brain development research that shows the brain continues to develop into the mid-20s, and there is some research in regular to heavy users that their brain development is not normal,” Ammerman said.

While the organization is opposed to the legalization of marijuana because of the potential harm to children and adolescents, it supports studies of the effects of legalization, in states where sale and possession are allowed, in order to inform future policies and reduce use among youth.

The Academy also opposes the legalization of marijuana for medical uses that haven’t been evaluated through proper regulatory channels, such as the U.S. Food and Drug Administration.

One sticking point, according to Ammerman, is that many of the ingredients in marijuana – known as cannabinoids – have not been studied.

“There are over 200 – minimum if not more than that – and we know very little about them,” he said. “These cannabinoids can have therapeutic value, but there have been no studies in children or adolescents.”

The statement does make an exception for children with a terminal illness or debilitating disease, saying marijuana should remain an option for them.

Ammerman said the Academy also recommends that parents not use marijuana around their children.

“They really need to be careful about their use especially around their kids and understand that kids’ brains are different than adults and be good role models,” he said.