How Standing Desks are a Valuable Weight Control Tool

At medical conferences I attend one of the main topics is the issue of people who sit all day, or the majority of their day. Those at the conference reference it as “the sitting disease, the new tobacco.” Research shows that prolonged sitting can lead to the increased risk of health concerns, including heart disease, diabetes, and obesity. The solution for some, standing desks for weight control. Standing desks have been shown to be a valuable weight-control tool, especially in adult workplaces. 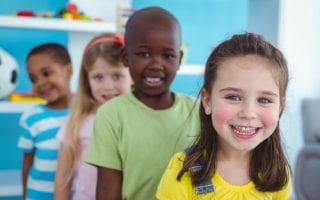 The Benefit of Standing Desks in Schools

While many studies and articles about prolonged sitting focus on adults, we also have to address this issue with our kids. Our children are moving less and sitting and staring at screens more, contributing to higher rates of obesity. Nearly every medical journal I read has at least one article proposing ways to curb the rising tide of childhood obesity and its many related disabilities. This brings me to a recent article in American Journal of Public Health which I read. The article explained the findings where researchers studied 380 students in 24 classrooms in three schools in Texas. Children who spent two consecutive years in classrooms outfitted with desks at which they worked standing, had a significantly lower body mass index (BMI) than their peers in classrooms with traditional, standard desks. We are happy to see standing desks now coming to schools!