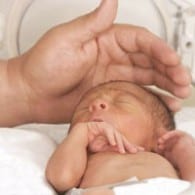 Current rate of 11.7 percent above March of Dimes goal of 9.6 percent; earning a “C” on Report Card. Read more. According to the March of Dimes 2012 Premature Birth Report Card the U.S. preterm birth rate dropped for the fifth consecutive year in 2011, to 11.7 percent, with declines seen in every racial and ethnic group, although they fall short of the target rate. The largest declines in premature birth occurred among babies born at 34 to 36 weeks of pregnancy. The improved rates are likely due to an increase in successful programs and interventions.

Check out our resources to help expecting moms have a Healthy Pregnancy.