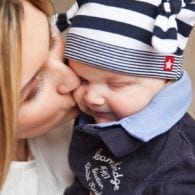 The Stigma of Breastfeeding in Public

Question: What’s the best way to deal with the social stigma of nursing toddlers/preschoolers? My baby is only 9 months, but he looks like he’s closer to one year old. I feel like I’m already starting to get weird vibes in public from some uninformed people. I want to practice child-led weaning, but it feels overwhelming doing that with so much stigma and negative attention around “extended” breastfeeding. Even our local storytime librarian recently pulled the old “if your kid can walk up to you and pull up your shirt they don’t need to be breastfeeding anymore” dogma. I know it’s just ignorance but I’m sensitive and really do not like drawing negative attention to myself.

More Benefits for Babies Breastfed for an Extended Period

Many scientific studies extol the head-to-toe physical and mental benefits of extended breastfeeding, which is why the World Health Organization recommends: “At least 2 to 3 years.” Extended breastfeeders have shown to enjoy higher IQs, healthier hearts, lower incidence of diabetes, lower incidence of neurological illnesses, good gut health, and a healthier immune system. The most recent science proving what smart mothers instinctively know – breastmilk is smart food – occurs in gut health. A special nutrient found only in mother’s milk is called Human Milk Oligosaccharides (HMO). This mother-made nutrient essentially is seeding to fertilize the baby’s immature and growing gut garden – where most of the immune system resides. Another name for milk-made nutrients is milk-oriented-microbiota (M.O.M.). Imagine if your baby’s gut could talk it would say “I love MOM!”

Find a Community of Moms who also Breastfeed in Public

Now I’m sure you know all this already, but as you said there are a lot of “uninformed people” out there. Back when I was breastfeeding, I personally was able to just ignore any negative attention. One thing that helped was being a part of a local La Leche League group for their monthly meetings. And also being apart of the Attachment Parenting playgroup once a week. Regular contact with like-minded mothers gave me more confidence to not be bothered by the “weird vibes.” As my husband, Dr. Bill, teaches in his Brain Health talks: “Don’t waste your mental energy on dumb intruders.” You are a sensitive, compassionate person, which would set you up to be more bothered by insensitive comments. Mentally arm yourself against these intruders: “This is my baby, I’m the mother, and I know best.”

If you’re feeling particularly sassy when someone bothers you with the outdated “What? You’re still nursing!?” Simply say with a smile “Yes, my doctor told me to” or “My doctor advised me that scientific findings prove the longer I can nurse, the better for my baby, just following my doctor’s advice!” Now, they’ll probably just walk away, but perhaps they might actually be curious, and armed with the above scientific info maybe you’ll be able to turn it into a learning/growing opportunity for them.

Enjoy one of the greatest relationships you’ll ever have with your baby. It will pass all too quickly. But the memories and the health effects will last a lifetime.