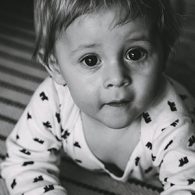 How Can I Help My Baby Not Wake Up During the Night?

Well, about the idea of getting him to take longer naps, are you waking him up from his naps?  I am guessing you probably aren’t.  At eight months, a baby would have a longer nap and a shorter one, usually around a two-hour nap and a one-hour nap. If your baby is waking up sooner than that from his naps, he is a cat-napper. If he is waking up in pain, or he is a restless sleeper, you can discuss this with your baby’s health care provider.  And of course, teething will cause a baby to wake more often.  If his ears look fine when he has his checkup and if his gums don’t seem sore, pain is probably not the reason he is waking so much.

If he is restless in his sleep, lots of twitching and moving around, consider what could be in your diet going into your breastmilk.  The most common culprit for that is dairy products, so you can see if there is an improvement when you take dairy completely out of your diet for a week, and for 2 weeks if you want to give it a good chance.  If that doesn’t pan out, you can try eliminating wheat. Also, use 100% cotton sleepwear in case synthetic fabrics could be irritating him.

If You Resent It, Change It

But if your baby isn’t restless, he has probably just gotten used to short stretches of sleep.  Some moms are OK with that, if they can get back to sleep and wind up feeling somewhat rested in the morning, knowing they can nap during one of the naps.  I was always fine with my babies waking up twice at night, and even three times now and then.  But a steady waking of more than that would make me want to change what I was doing.  We have a slogan in mothering:  If you resent it, change it.

If your baby has a few days here and there of more frequent waking, you can chalk it up to a growth spurt or a developmental surge.  Babies tend to practice in their sleep what they are learning to do, like rolling over or sitting up or crawling.  But that shouldn’t become a long-lasting pattern.  The only other reason we see for your baby waking up more than 3 times at night (if he isn’t sick), is that being a light sleeper he is stimulated by sleeping so close to you and because it’s so easy to let him latch on and nurse back to sleep so you can get back to sleep. Try having him sleep on a mattress on the floor next to your bed, so he won’t sense you. Also, when he does wake for the first time, make sure you give him a full feeding – you may have to sit up in bed to do that.  (And then do the same thing when you nurse him down for his naps.) Get him used to having a good feed, so he’s not just snacking all night long.

Find Other Ways to Lull Baby to Sleep

One more tactic is to teach him that he doesn’t have to have your breast in his mouth to fall asleep and stay asleep.  Rather than nursing him down for naps and night, nurse him so he’s fed before he wants to fall off to sleep, and then use other ways to have him go off to sleep.  That can be having either you or Dad walk him or rock him, or Dad lay next to him and just pat him off to sleep or you can sing and sway him to sleep.  Then when he does wake and you need to nurse him, make sure it is a real feeding and not just a way for him to resettle.