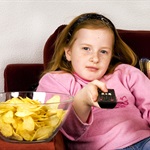 Correlations Between Food and Moods

Both research and experience are proving without a doubt that there is a connection between how we eat and how we think and act. The biochemical basis of this food-mood relationship lies in the neurotransmitters, those chemical messengers which relay thoughts and actions along the trillions of neural pathways in the brain. It seems logical that since food affects neurotransmitter action and changes in neurotransmitters are responsible for changes in moods, that food does affect mood. It also seems that food affects some people’s moods more than others. Some children – we call them “vulnerable kids” — are exquisitely sensitive to junk foods in their diets, while others seem to breeze through fast-food joints without any mood change. While it’s easy to spot these vulnerable kids, I wonder how much “normal” behavior we attribute to “just being a kid” is really the result of poor nutrition. While the nature of foods and the how food affects your mood connection varies from person to person, here is how food affects your mood:

Complex carbohydrates and foods that have a low glycemic index (legumes, unrefined grains, and fruits) are likely to have a relaxing effect because they cause fewer blood sugar disturbances, with less release of stress hormones.

Some foods, such as those containing caffeine , give the brain a buzz. This may be a welcome lift when the brain needs to be turned on, such as to study or to keep awake. Other times caffeine can be a detriment, such as when you want to turn off the brain and go to sleep, or when you need to stay relaxed under pressure.

Some feel that chocolate is calming because it triggers the release of endorphins . Other happy foods, such as milk, chicken, bananas, and leafy green vegetables may produce pleasant feelings because they stimulate the release of the neurotransmitter dopamine. Tryptophan-containing foods (See Foods for Sleep) also have a relaxing effect, so they could be called “happy foods.”

Sweet lovers take note! Chocolate may be more nutritious than imagined. Depending on the type, chocolate can be a good source of iron, zinc, calcium, potassium, magnesium, and flavonoids. By a fortunate biochemical quirk, cocoa butter – the fat that gives chocolate that appealing melt-in-your-mouth feel – is metabolized like a heart-healthy monounsaturated fat. Chocolate as a mood elevator even merits a bit of scientific support. Possibly the caffeine or phenylethylamine compounds stimulate serotonin and endorphins, both calming and satisfying the chocolate craver. Enjoy!

Some people feel sad after a high-fat or sugar meal. Each person has unique food- mood connections, but if you pay attention, after a while you will begin to eat more of the foods that make you happy and skip the foods that bring you down.

Parents need to become the mood foods detective for their child. Follow these steps to figure out your child’s unique fingerprints for mood foods connection: