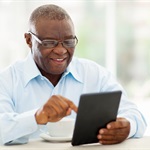 Like every other system in the body, the brain needs good food. It uses 20 to 25 percent of the total energy a person consumes, and the better you feed the brain, the better it works. While most of this section is devoted to the nutritional principles that help children’s brains learn and behave, these same principles affect how adults think, learn, and feel. Looking at the science behind brain foods, it’s conclusive that everyone in the family benefits from good brain food.

There is a pecking order among the organs of the body. The most vital organs get first pick of the available nutrients in the bloodstream. Since a malfunctioning brain can take the rest of the body down with it, the brain gets VIP status when the body distributes nutrients.

Here’s the science behind brain foods:

The brain is composed of trillions of nerve cells, called neurons. Thought, memory, actions, and many brain functions you’re not even aware of depend on speed-of-light interactions of one cell with another. From each nerve cell tiny feelers called axons and dendrites reach out to connect with similar branches on other cells. The system looks kind of like a map of the interstate highway system, with many roadways connecting different cities. To facilitate the transmission of signals across the gap from one cell to the other, chemicals called neurotransmitters act like biological bridges.

Each one of these three parts needs specific nutrients to enable the whole circuit to function properly. If any of these areas are deficient in nutrients, the circuit, like a defective electrical wire, misfires.

A nutriperk in yogurt could theoretically improve school performance by perking up the brain. Yogurt is relatively high in the amino acid tyrosine (a neurostimulant) and low in the amino acid tryptophan (a neurosedative). Add yogurt to other brain foods, such as flax oil (for brain-building fatty acids) and soy foods (for protein and blood-sugar stabilization), and you have three synergistic foods that form the basic ingredients for our “School-Ade” recipe. I have personally felt the effects of this nutriperk by drinking a smoothie with these three basic ingredients each morning before I go to work.

Because fiber steadies the absorption of carbohydrates and therefore contributes to a steadier blood sugar, we suggest using rich sources of fiber, such as flaxseed meal (i.e., ground flax seeds, containing both the oil and fiber), although flax oil has a more palatable consistency than flaxseed meal. For additional fiber if you don’t mind an even grainier texture, add 1 tbsp. or more of oat bran.