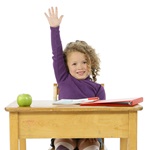 Why We Need Omega-3 and DHA as Brain Food

Fats make up 60 percent of the brain and the nerves that run every system in the body. So it stands to reason that the better the fat in the diet, the better the brain. So, with all the fat eaten by the average American, why don’t we have more geniuses in this country? The average American brain is getting enough fat, but it’s not getting the right kind of fat. We need more omega-3 and DHA as brain food!

Think of your brain as the master gland that sends chemical messengers throughout the body, telling each organ how to work. An important group of these chemical messengers are the prostaglandins (so-called because they were originally discovered in the prostate gland). Prostaglandins initiate the body’s self-repair system. The body needs two kinds of fats: healthy brain cells (the message senders) and prostaglandins (the messengers). These are omega 6 fatty acids (found in many oils, such as safflower, sunflower, corn, and sesame oils) and omega 3 fatty acids (found in flax, pumpkin seeds and walnuts, and cold-water fish, such as salmon and tuna). The foods from which oil can be extracted are generally the foods highest in essential fatty acids.

When the cells of the human body – and the human brain – are deprived of the essential fatty acids they need to grow and function, the cells will try to build replacement fatty acids that are similar, but may actually be harmful. Higher blood levels of “replacement fatty acids” are associated with diets that are high in hydrogenated fats and diets that contain excessive amounts of omega 6 fatty acids. Levels of replacement fatty acids have been found to be elevated in persons suffering from depression or Attention Deficit Disorder. A diet rich in omega 3 fatty acids (such as the LNA from flax oil or the EPA and DHA from fish oils) not only provides the body with healthy fats, but it also lowers the blood level of potentially harmful ones, such as cholesterol and, possibly, even reversing the effects of excess trans fatty acids.

Using the lock and key analogy will help you understand how the brain communication system works. Neurotransmitters are biochemical messengers that carry information from one brain cell to another, sort of like sparks flying across the gap between nerve cells. Each cell membrane contains a series of locks. The various message carriers (prostaglandins and neurotransmitters) are like keys. The keys and the locks must match. When the cell membrane is unhealthy because it is made of the wrong kind of replacement fatty acids, the keys won’t fit, and brain function suffers. Nutrients may also fail to fit in a dysfunctional lock.

Your eye and the fat it needs

The eye is a perfect example of the importance of getting the right kind of fat. The retina of the eye contains a high concentration of the fatty acid DHA, which the body forms from nutritious fats in the diet. The more nutritious the fat, the better the eye can function. And since most people are visual learners, better eyes mean better brains.

Fats can also influence brain development and performance, especially at either end of life -- growing infants and elderly people. In fact, there are two windows of time in which the brain is especially sensitive to nutrition: the first two years of life for a growing baby and the last couple decades of life for a senior citizen. Both growing and aging brains need nutritious fats.

The most rapid brain growth occurs during the first year of life, with the infant's brain tripling in size by the first birthday. During this stage of rapid central nervous system growth, the brain uses sixty percent of the total energy consumed by the infant. Fats are a major component of the brain cell membrane and the myelin sheath around each nerve. So, it makes sense that getting enough fat, and the right kinds of fat, can greatly affect brain development and performance. In fact, during the first year, around fifty percent of an infant's daily calories come from fat. Mother Nature knows how important fat is for babies; fifty percent of the calories in mother's milk is fat.

Different species provide different types of fat in their milk, fine-tuned to the needs of that particular animal. For example, mother cows provide milk that is high in saturated fats and low in brain-building fats, such as DHA. This helps their calves grow rapidly, though it may not do much for their brains. In adult cows, the brain is small compared with the body. Cows don't have to do a lot of thinking to survive. In human infants, the brain grows faster than the body. Highly developed brains are important to human beings, so human milk is low in body- building saturated fats and rich in brain-building fats, such as the fatty acid DHA (docosahexaenoic acid), an omega 3 fatty acid.

Looking at DHA as brain food, it is the primary structural component of brain tissue. So it stands to reason that a deficiency of DHA in the diet could translate into a deficiency in brain function. In fact, research is increasingly recognizing the possibility that DHA has a crucial influence on neurotransmitters in the brain, helping brain cells better communicate with each other. Asian cultures have long appreciated the brain-building effects of DHA. In Japan, DHA is considered such an important "health food" that it is used as a nutritional supplement to enrich some foods, and students frequently take DHA pills before examinations.

Just as there are fats that improve how the brain functions, there are fats that hinder the brain's work. The dumbest fats are those that are man-made through the process of hydrogenation. These fats are referred to on package labels as "hydrogenated" or "partially hydrogenated." A diet rich in these fats not only deprives the eater of the smart fats, but they can actually interfere with the action of smart fats on brain function.

Even though the brain has completed most of its growth by adolescence, it continues to make vital connections. This is another window of opportunity for brain growth when a healthy diet is important. However, adolescence may be a period when there is a lack of essential fatty acids in the diet. There are several reasons for this deficiency: adolescents tend to eat a lot of saturated fat foods and foods that contain hydrogenated fats. Young athletes often restrict their fat intake in order to keep fit and trim. When they cut out fat, in general, they also cut out healthy fats. Teen brains need more fish and fewer fries.

While a baby is in the womb, the brain grows more rapidly than in any other stage of infant or child development. And during the first year after birth, the brain continues to grow rapidly, tripling in size by an infant's first birthday. So, it would make sense for a pregnant and lactating mother to supplement her diet with brain-building nutrients, primarily the omega 3 fatty acids found in fish and flax oil (one tablespoon of flax oil daily, four ounces of tuna or salmon three times a week). In fact, some nutritionists recommend that pregnant and lactating women take 200 milligrams of DHA supplements a day.

For more information on omega-3s and DHA as brain food, check out The Omega-3 Effect by Dr. Bill and Dr. Jim.