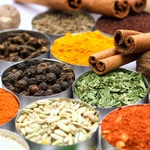 What does the term “organic” mean?

It depends upon whom you ask. To a biochemist, “organic” means anything that contains carbon. Plastic, derived from petroleum, contains carbon, therefore plastic is organic. Carbon is the mark of a living organism or of something that once was a living organism. When applied to food, “organic” suggests that only natural, non-synthetic substances are involved in the production of that food. Generally, “organic” means that the food has been grown in safe and healthy soil using natural fertilizers free of synthetic pesticides or additives.

What should I look for?

Look for the words “Certified Organically Grown” on the label. To obtain this certification, the grower submits to on-site inspections and soil and water testing by an independent organization or state agency. He keeps careful records about his farming technique, and the farmland itself must be free of agrochemical use for at least three years. The problem with the “certified organically grown” designation is that the 44 certifying agencies around the U.S. have different standards. So even with all the regulations consumers can’t determine exactly what they’re buying. Actually, much of the “organic” food in today’s supermarket is not “certified,” making it even more difficult to know what you’re getting for the extra money you’re paying.

The Organic Foods Production Act of 1990 required the National Organic Standards Board (an advisory board to the U.S. Department of Agriculture) to set up regulations for food labeled “organic,” but the various groups involved are still haggling about a precise definition. As the USDA fiddles around with the meaning of organic certification, politics enters the food picture, as the agency tries to satisfy consumers, nutrition action groups, and the special interests of food manufacturers. In early 1998, the USDA tried to sneak a number of questionable farming practices into the definition of “organically-grown food,” including: irradiated food, genetically- engineered food (dubbed “Frankenstein foods”), and “sludge foods,” those fertilized by recycling municipal waste products. The USDA also wanted to allow “organic” meat producers to use feed made from the antibiotic and steroid-loaded remains of deceased animals. The USDA, egged on by the food industry, was trying to taint the revered word “organic,” and the faithful protested (including the Sears). After receiving objections from 200,000 protesters, in May of 1998 the USDA tabled its proposal, and the National Organic Standards Board went back to the farm to work out cleaner rules.

Until there are national rules, organic farms are not required to play by them. As of the year 2000, the organic industry polices itself with independent certifying agencies, resulting in the label: “certified organic.” It’s not perfect, but at present it’s the safest label you can buy.

Are organic foods really that much healthier?

Knowing how the organic farmer feeds the soil will tell you a lot about what “organic” really means. The basic belief of organic farming is that healthier soil will produce healthier plants and safer food. The organic farmer believes, and rightly so, that if you avoid treating the soil with chemicals, the food it produces will be better for humans, and the environment will benefit as well. The organic farmer begins by rotating the crops, a fine farming principle that was even advised in biblical days. Crop rotation keeps the soil from becoming depleted of nutrients. One type of plant will return nutrients to the soil that are needed by another crop. When the soil is richer, the underground creepy-crawlies thrive, and earthworms and soil-dwelling bacteria feast on the rich soil. In return for a nutritious place to live, they deposit their own nutrients. Organic farmers use only natural fertilizers, such as manure and compost, and also use natural methods to control insects. This means that organically-grown foods do not contain pesticide residues and other chemicals that may be harmful to human health.

Science backs up the organic farmer’s beliefs. Farm workers (and their children) who spray chemical pesticides have higher rates of cancer than organic farm workers. Yes, these workers are exposed to greater amounts of pesticides than what is found in food, but there is a lot we don’t know about the hazards of the chemicals used in modern agriculture. No one knows the long-term effects, from generation to generation, of consuming a tiny bit of chemicals each day over many years. Common sense tells us that if a chemical is designed to kill living pests, it can’t be all that safe for living humans.

Because “organic” is the health-food word of the decade, label makers are scrambling to plaster this word all over the front of the package. “Organic” has health appeal, but like the terms “all natural,” “no artificial ingredients,” “pesticide-free,” and “100 percent organic,” these terms carry no guarantee. Instead, look for the words “certified organic” or “certified organically grown.” These labels have added credibility if they list the certifying agency, such as “California certified organic.”

Not necessarily. The term “certified organic” only means that the food was raised without added chemicals and is not a measure of the nutritional value of that food. Many factors influence the nutritional value of a crop, including plant genetics, the weather, and how ripe the food was when harvested. But in theory, if the soil is richer in nutrients, so will be the food it yields. There is concern that over farmed, nutrient-depleted, pesticide-enriched soil could produce less nutritious foods. If the nutrients aren’t in the soil, they won’t appear in the plant. Yet, even with chemical fertilizers, it’s in the farmer’s best interests to have rich soil. For practical purposes, you can assume that organic and non-organic food have about the same nutrient content. Yet, no one knows if there may be subtle nutritional differences. So, it’s back to common sense. Healthier soil should produce a healthier fruit.

What about organically-grown livestock? Could a range-roaming, grass-eating, antibiotic- and steroid-free steer produce better beef than one fed a lot of chemical-laden feed? Experiments have shown that free-range chickens produce more nutritious eggs than cage-raised hens. Why shouldn’t we expect the same results in meat? Again, back to the “un-science” of common sense. If better and safer stuff goes into the intestines of the animal, the meat should be better and safer.

Chemical pesticides, because they are fat-soluble, are likely to accumulate in fatty or oily foods. So, it’s more critical to look for the certified organic label on foods high in fats, such as salad oils, cooking oils, butter, peanuts, and nuts (especially peanuts). Certified “organic” peanut butter with a spread of organic grape jam is a healthy treat your child deserves.