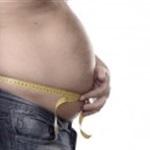 Be Patient About Fat Loss

Achieving a lasting, leaner you is well worth the wait. The goal of Dr. Sears L.E.A.N. is to change fat into muscle, so we prefer the term weight change to weight loss. As a general guide, it is impossible to lose more than three pounds a week without seriously endangering your health, and even this requires you to burn 1,500 calories more a day than you eat. Cases where teenage wrestlers have gone on crash diets so they can compete in a lower weight class has resulted in death.

How Fast and Safe is Fat Loss?

Begin with a fat loss of 1/2 pound a week for several weeks. This is a comfortable loss that won’t force your fat point to compensate by slowing your metabolism. Then, progress to a fat loss of one pound a week, which can be accomplished with an average daily calorie deficit of 500 calories. This means you eat 300-500 calories less than usual and exercise 30 minutes a day. For most healthy individuals, the maximum fat loss we would recommend would be two pounds per week. Your personal comfort level for fat loss will probably fall somewhere between one and two pounds a week.