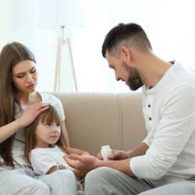 When Should Ibuprofen be Given to a Kid?

(See dosing chart below). Although the package might not give a dosage for under two years, it can be safely used down to three months of age (it used to only be approved down to 6 months, but in 2017, it was proven to be safe and effective down to three months of age). Some packages will use an age range to figure dose, but it is more effective to dose by weight. The dose is 4.5 milligrams per pound of body weight (for metric users, that’s 10mg per kilo). For example: a 22-pound child would get about 100mg (22 X 4.5 =99). This comes out to one teaspoon of the children’s liquid. Some books recommend half this dose for “low grade” fevers below 102.5 but I have found this to just wear off sooner, requiring more medication.

Safety and Side Effects of Ibuprofen

Ibuprofen is generally considered very safe to use in infants and children. There are minimal side- effect concerns in a healthy child. It sometimes can cause stomach upset, do not use if your child has stomach ulcers. Ibuprofen also can have a mild effect on blood clotting ability; I usually don’t use it if a child has large wounds or bruises (note: Acetaminophen does not have theses two effects). Ibuprofen has a good safety margin, i.e. it takes many times the regular dose to be harmful. If given at the proper doses, it is safe to use “around the clock” for several days.

Interactions: Ibuprofen and Other Medicines

Ibuprofen can be used along with any antibiotic, cold or cough remedy (providing Ibuprofen is not one of the ingredients).

How Ibuprofen is Supplied

Doses can be given every 6 hours. When treating fever or pain, I like to use a “strong but safe” dose so your child will feel better sooner. I have designed this chart with narrow weight ranges so you can give the best dose.

If you’re in doubt about how much to give, you can use the milligram dosage column on the left to double-check yourself. 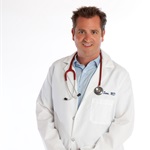