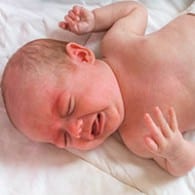 Science tells us that when babies cry alone and unattended, they experience panic and anxiety. When trying to understand if excessive crying is harmful for babies, think about the fact that their bodies and brains are flooded with adrenaline and cortisol stress hormones and when developing brain tissue is exposed to these hormones for prolonged periods, these nerves won’t form connections to other nerves and will degenerate.

Is it therefore possible that infants who endure many nights or weeks of crying-it-out alone are actually suffering harmful neurological effects that may have permanent implications on the development of sections of their brain?

Here is how science answers the question of whether excessive crying is harmful:

Chemical and Hormonal Imbalances in the Brain