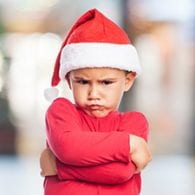 Playgroups for toddlers and preschoolers can rapidly disintegrate into tantrums over toys. A lot of kids and toys in a small room is a recipe for disaster. Why is it so difficult for children to share?

The ability to share is not a measure of a child’s generosity. It’s a developmental skill, part of mastering the social complexities of cooperative play. Two-year-olds, three-year-olds, and even four-year-olds prefer parallel play, when children play side by side, but each does his or her own thing. Two- year-olds who are just learning the meaning and power of the word “Mine!” can’t be expected to understand the concept of sharing. Three-year-olds may not yet be able to understand that playing together requires give as well as take.

Providing some structure makes it easier for children to share. If they can’t play with a toy cooperatively, introduce the idea of taking turns. Use a timer to minimize arguments. Before a friend comes over to play, talk to your child about which toys will be shared. Put away special toys that your child might not want to share. If certain toys inevitably cause arguments, put those away, too.

Sharing doesn’t mean your child has to be a doormat when others demand to use things that are hers. Teach your child to speak up for herself and to come to you for assistance when toy arrangements don’t seem fair. If you respect your child’s “toy rights,” it will be easier for your child to learn to respect the property of others.