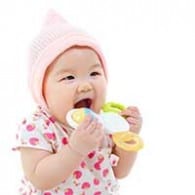 Toy safety has a double concern. Not only should you pay attention to the safety of the toy itself – no sharp edges, no toxic paint, and no little pieces that can fall off – but also its potential of becoming a choking hazard. Then there’s also the issue of how a toy is played with and what actually happens to it in your household.

Information on toy packaging will tell you a lot about toy safety. When the label says that a toy is not recommended for children under three, safety is the reason. The toy may have small parts or strings and cords that can cause choking or strangulation. Labels will also warn you if a toy marketed for older children may be hazardous to a younger child. When big brother’s toy has lots of little parts, parents must pay special attention so that baby sister doesn’t put those pieces in her mouth. Labels will also warn parents about appropriate age groups for toys that require electricity or for toys, such as chemistry sets, that have other dangers.

Parents should be aware of how their children play with their toys. Toys and mobiles suspended over a crib are fine for newborns, but can become dangerous when a baby starts to pull up onto his hands and knees (around five months of age), since baby can get dangerously tangled in the toy. To avoid injuries, children need guidance in playing with toys that are thrown, such as airplanes. New toys often require new rules and close supervision.

Check your children’s toys periodically for safety. Make sure there are no sharp edges from parts breaking off. Repair toys promptly or throw them away before someone gets hurt. Follow these 10 tips when choosing safe toys:

3. Keep unsafe toys, such as balloons, beads, or chokable blocks out of reach of young children who tend to mouth objects.

4. Do not allow other children to use loud toys, such as cap guns, around babies, since they may damage hearing.

5. Match the toy with the temperament. If your child is a thrower, get soft cloth or foam toys.

6. Remove dangling crib toys once baby is old enough to push up on his hands and knees.

7. Before buying a toy, bend it a bit to see how breakable the plastic is. Be careful, plastic toys are thin, brittle, and likely to break easily, leaving sharp or jagged edges, such as airplane wings.

9. Throw away suffocation-causing plastic wrapping as quickly as possible when unpacking toys.

10. Store toys properly. Avoid toy chests with attached lids that can fall on a child and cause injury and strangulation. Toy shelves are much safer and teach the developing child a sense of order.