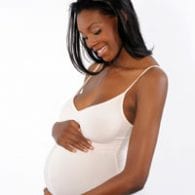 Skin Changes During Pregnancy you can Expect

The glow that others notice (though you may not) is one of the most common skin changes during pregnancy. This isn’t just a sentimental old wives’ term. This facial shine actually has a biological basis. The increased volume of blood causes the cheeks to take on an attractive blush, because of the many blood vessels just below the skin’s surface. On top of this redness, the increased secretions of the oil glands give the skin a waxy sheen. The flushed face on many pregnant women is similar to the one non-pregnant people experience when they are excited, cry or do anything that increases their heart rate (which pregnancy does constantly).

Sometime during the second trimester you may find yourself gazing at a different face in the mirror. Brownish or yellowish patchy skin changes during pregnancy called chloasma (also dubbed the mask of pregnancy) can appear anywhere on the face, but are seen most commonly on the forehead, upper cheeks, nose and chin. The pregnancy hormones estrogen and progesterone stimulate the melanin cells in the skin to produce more pigment, yet because these cells do not produce extra pigment uniformly, your facial skin may acquire a blotchy tan. (If you have ever taken oral contraceptives, you may already have experienced this particular hormonal side-effect.) Brunettes and darker-skinned women may notice darkened circles, resembling eye shadow, around their eyes. Chloasma cannot be prevented, but you can minimize the intensity of these blotchy, darkened areas by limiting your exposure to ultraviolet light (i.e., sunshine), which further stimulates melanin production.

3. Skin Changes During Pregnancy Include Acne

You probably thought your pimple days were over, but one of the skin changes during pregnancy you can expect is acne. While the acne of pregnancy is rarely as severe as that of adolescence, you may need to return to some of your teenage cleansing rituals. Fortunately, pregnancy is much shorter than adolescence; the bumps and pimples will subside shortly after delivery. Avoid abrasive scrubs or exfoliants; pregnant skin is too sensitive for these. Milder, oatmeal-based facial scrubs (available at nutrition stores) can help unplug the oily pores and are much kinder to sensitive skin. Because of the risk of birth defects, the anti-acne prescription drugs Accutane and Retin-A cannot be used during pregnancy.

Many women normally have a faint linea alba (white line) running from their navel to the center of their pubic bone. It is barely visible before pregnancy. (You may not have even known it was there). One of the skin changes during pregnancy that occurs sometime in the second trimester is the a linea alba becomes a linea nigra, a dark line that is much more noticeable. In some women the line extends upward from the navel as well. The linea nigra is darker in darker skinned women and disappears several months after delivery.

Little moles and freckles that existed before may now become bigger, and brown spots or birthmarks become browner from skin changes during pregnancy. New moles may also appear. (Consult your doctor or dermatologist if these moles seem particularly raised, dark, or have irregular borders). The areola and nipples of your breasts will become quite a lot darker; unlike other areas of your skin, which return to their original color after pregnancy, your areola will probably always be somewhat darker than they were before you were pregnant.

Even as early as the second month of pregnancy, the insides of your hands and the bottoms of your feet may itch and take on a reddish hue, called palmar erythema. The increased color is nothing more than one of the curious skin changes during pregnancy.

Those much-discussed pregnancy hormones, along with increased blood volume, cause those tiny, squiggly red or purple capillaries just below the surface of the skin to branch out and become more visible during pregnancy. It’s also common for spider veins (they resemble a small spider web), to pop out on the face or on the sclera (white part) of the eyeballs during delivery; intense, red-in-the-face pushing can break tiny blood vessels. Known as nevi, these burst vessels can be camouflaged by the appropriate use of make- up. Nevi take longer to disappear than many of the other skin problems of pregnancy, some spider veins on the legs or torso may not go away on their own. A dermatologist can remove them using injections if you feel that’s necessary.

Some pregnant women develop tiny polyps, called skin tags, in areas where skin rubs on clothing or skin rubs together. Commonly found under the arms, between neck folds, or under bra lines on the chest, skin tags are caused by hyperactive growth of a superficial layer of skin. They disappear a few months following delivery, but can be easily excised if they bother you.

You may think that only babies get prickly heat rash, but it is one of the skin changes during pregnancy that women experience, too. Caused by the combination of an already overheated pregnant body, dampness from excessive perspiration, and the friction of skin rubbing against itself or against clothing, prickly heat rash is pimply and slightly irritating. It is most common in the crease between and beneath the breasts, in the crease where the bulge of the lower abdomen rubs against the top of the pubic area, and on the inner thighs.

Many women enjoy a good “scratch down” at the end of the day. Some areas of your skin may itch because they are dry and flaky, others may itch because of a prickly rash, as mentioned above. Many women find the itching is most bothersome in the skin that stretches, mainly over the abdomen, but also on hips and thighs.

Around one percent of pregnant women experience itchy, red, raised patches on their abdomen, thighs, buttock, and extremities. This condition is called pruritic urticarial papules and plaques of pregnancy (dubbed PUPP). It tends to come and go during the second half of pregnancy and nearly always disappears shortly after delivery. Treat this the same as any other itchy skin eruption.