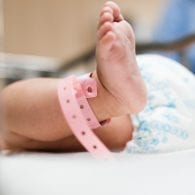 The Natural Benefits of Breastfeeding and Breast Milk

Mothers and babies are the top national treasures in every country. And breastmilk is every country’s top natural resource. Science agrees. The incidence of nearly every serious disease you don’t want your child to get is lower the longer a baby is breastfed. From head-to-toe, a breastfed baby enjoys these health benefits: smarter brains, clearer vision, better dental alignment, healthier hearts, good gut health, fewer cancers, a lower risk of SIDS, and much more. And, besides being healthier for babies, breastfeeding is healthier for mothers: faster postpartum recovery and pregnancy weight loss; promotes mother-infant bonding; reduces the risk of breast, uterine, and ovarian cancers; less osteoporosis; natural child spacing; and reduced cost compared to formula feeding. This is just a partial list!

“I love M.O.M.” is our imaginary statement made by a breastfeeding baby illustrated in the revised edition (due to be published in August 2018) of our book, The Breastfeeding Book. This newest discovery that further supports breastfeeding as the top global preventive medicine, is how breastfed babies enjoy better gut health. It has just been in the past few years that researchers learned why. It is called M.O.M. (Milk -Oriented Microbiota), the technical term for “Mama’s milk makes nutrients for baby’s microbiome”. Mother’s milk plants healthy seeds in her baby’s growing gut garden, the microbiome. A healthier microbiome grows a healthier, stronger immune system. Isn’t that what every parent – and every health agency – desires?

How Breastmilk Prevents Disease in Infants

Mother’s milk is alive! To their credit formula companies are constantly scrambling to copy human milk, but they will never duplicate what Mother Nature had thousands of years to perfect. Breastmilk is living tissue, which is why in some cultures breastmilk is honored as “white blood”. A drop of breast milk contains around one million white blood cells, called macrophages, whose job it is to gobble up germs. Colostrum, produced in the first few days, is rich in IgA, just at the time when a newborn is most susceptible to germs. (Think of it as baby’s first important immunization.) The immune-boosting effects of breast milk are the reason behind the medical truism that doctors make their living on formula-fed infants. Studies comparing exclusively breastfed infants with formula-fed babies have shown that breastfed babies have lower rates of virtually every kind of infectious disease. This is all because of the protective effect of human milk, which cannot be duplicated by factory-made formula. Infant formula, of manufacturing necessity, contains no living maternal nutrients, nor can it ever be custom made for each baby.

Breastfeeding leads to smarter babies and a better economic future

Health is wealth. Government agencies are usually more focused on economic growth than on health. Yet health, especially brain health, is the prime driver of economic health. Science supports that. As already stated, breastfed babies compared to infants who are formula fed tend to grow up smarter and healthier. These children grow up to be economically more productive. What a smart long-term investment for a government to make when it does everything it can to promote breastfeeding at home and around the world.

Here is a rather long excerpt from the first edition of The Breastfeeding Book, published in 2000, pages 9-10. I use it here to underline why the US delegation is backing the wrong horse:

“Derrick and Patrice Jelliffe, pioneers in breastfeeding research, stated that breastfed infants are ‘biochemically different.’ This difference in body chemistry may be the reason they are healthier. There is evidence that breastfeeding protects babies against a great variety of illnesses, and in some cases, this protection extends even beyond the time babies are nursing. While babies are breastfeeding, they have fewer and less serious respiratory infections, less diarrhea, and less vomiting. When breastfed babies do become ill, they are less likely to become dehydrated and less likely to need hospitalization. They enjoy protection from rotavirus (a type of respiratory infection), meningitis, infant botulism, and urinary tract infections. In developing countries, where there may not be safe water or good medical care, the protection that breastfeeding offers against cholera, various kinds of parasites, and other serious infections, helps babies born in poverty to stay healthy. Researchers have also found that as children grow, having been breastfed as an infant is associated with a reduced risk of juvenile diabetes, childhood cancers, and digestive disorders, including ulcerative colitis and Crohn’s disease.”

This excerpt becomes significant in the current scandal of US delegates working behind the scenes to oppose the promotion of breastfeeding throughout the world and to instead promote the formula industry. According to Wikipedia, the Jelliffes were experts in tropical pediatrics and infant nutrition. Their classic book, Human Milk and the Modern World, was published by Oxford University Press in 1978. They lived and worked in England, Africa, India, the Caribbean and settled in Los Angeles where he held the Chair in Public Health and Pediatrics at the University of California from 1972-1990. He testified to a subcommittee of the US Senate in 1978, coining the phrase “commerciogenic malnutrition” to refer to infant starvation caused by inappropriate promotion and use of infant formula in areas with low income and poor water supplies.

The US delegates to the World Health Assembly need to back down on this position while there is still time. I urge them to apologize to all mothers and babies, both in developing countries and in our own country, for their poor judgment. My wish is that the delegates, in response to the worldwide outcry from mothers, correct their “misunderstanding.” As a result, all the babies of the world will get a smarter start in life.

William Sears, M.D., F.R.C.P.
Pediatrician and co-author of The Baby Book and The Breastfeeding Book