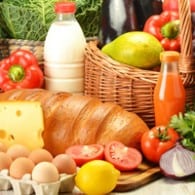 Approximately three to seven percent of children and adults have food allergies or food intolerance. Food allergies have been called the great masqueraders because they are a hidden cause of so many problems, ranging from mere annoyances to downright disease. Food allergies tend to be underdiagnosed by physicians and overdiagnosed by everyone else. The truth about their prevalence is somewhere in between. In one study of children whose parents were convinced that their child had food allergies, only 39 percent of the allergies could be confirmed scientifically. Perhaps with no other medical problem is partnership between physician and patient more vital. The patient’s role is to be a keen observer and accurate reporter. The physician’s role is to take the information gathered by the patient and work out a step-by-step plan for tracking down hidden food allergies and figuring out what to do about them. Here are some facts you should know about food allergies and what to do about them.

The term “allergy” comes from two Greek words, alos (other) and argon (action). If you are allergic to something, you have a reaction other than what you would expect. You don’t expect to get hives when you eat a red tomato. That kind of a reaction would be an allergy. An allergy may manifest itself in various target organs, meaning sites where allergy signs occur. These are usually one or more of four places: the skin, the intestines, the respiratory passages, and the brain, i.e., (behavior changes).

The term food intolerance means that a food upsets your intestines, yet does not bother any other target organ. Food intolerances are usually due to an enzyme deficiency, (such as lactase deficiency), which causes lactose intolerance. Or, the intestines may be oversensitive to certain foods, resulting in abdominal discomfort, diarrhea, and bloating. Intolerance is usually a reaction to the protein content of a food, yet you could be intolerant to any part of the food, including sugar and/or additives.

Essentially means the same as “allergy.” We will lump all three of the terms (allergy, intolerance, and hypersensitivity) together and simply call them food sensitivities. Practically speaking, people don’t really care about definitions, they just know that certain foods bother them (or their child) more than other foods.

Here’s what goes on in your body when you’re hypersensitive to a food. The suspect protein is known as an allergen. When an allergen gets into your body, it comes into contact with the target organs, usually the skin or the lining of the breathing passages or intestines. When something gets into the body that it doesn’t like, it mobilizes defense troops called antibodies. When the fight breaks out between these allergens and antibodies, microscopic explosions occur that release chemicals, such as histamines (hence, allergy medicines are called antihistamines), that disturb the integrity of tissues. Blood vessels dilate and produce a rash, fluid leaks out through the injured blood vessels, causing runny nose, puffy and watery eyes, or the muscles in the breathing passages go into spasms of wheezing. Even the brain can be bothered by an allergic reaction. A new field of research interest, called “brain allergy,” describes the behavioral reactions of the brain when it’s bothered by certain foods.