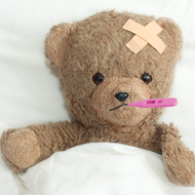 When evaluating head injuries, it helps to appreciate the difference between a skull injury and a brain injury. The skull acts as a protective helmet for the delicate brain, and the skull is covered with a richly vascularized scalp. Most falls involve injury to the scalp only. The scalp will bleed profusely if cut or forms a large swelling (goose egg) from broken blood vessels beneath the skin. Don’t be alarmed by how quickly these large bumps appear. They go down quickly with an ice pack and pressure. These bumps and bleeds are usually limited to a scalp injury and seldom indicate that the underlying brain has been injured.

The main concern after any head injuries is the damage to the underlying brain, which occurs in two forms: bleeding and concussion. When small blood vessels have been broken between the skull and the brain or within the brain, bleeding occurs within this space and compresses the brain. A blow to the head may also cause a concussion, meaning the brain has been “shaken up” by the fall. Pressure on the brain from bleeding or from the swelling associated with the concussion produces the outward signs of a brain injury.

What to Look for and When to Worry

After the period of observation, depending on baby’s condition, you may or may not want to call the doctor. Besides any when-to-call-the-doctor list, there is an overriding inner voice. Trust this monitoring system as much as the most sophisticated electronics. If it tells you something’s not quite right, call your doctor to report baby’s condition, seek advice, and above all tell the doctor why you are concerned.

If your child shows any of the following signs after head injuries, call your doctor or take her to the hospital.

Over the Next 24 Hours Watch For:

Babies normally retreat into sleep after trauma. This makes the usual admonition to “watch for a change in consciousness” an anxiety-producing instruction for the parent. If head injuries occur near night or nap time in an already tired child, you may be confused about whether the drowsiness is due to the injury or whether it’s just time for sleep to naturally overtake the child. And it may be impossible to follow the advice “Don’t let baby go to sleep.” Let baby fall asleep, but awaken yourself every two hours and do a baby check. This is what to look for:

If baby’s color and breathing patterns are normal (no change from usual) and your parental instincts sense nothing’s wrong, there’s no need to awaken baby unless advised to do so by your doctor. The deep sleep from head injuries is nearly always associated with shallow, irregular breathing patterns that you are unlikely to have seen before.

If, however, you are uncertain or baby’s appearance sets off a “not normal” alarm, do a partial arousal. Sit or stand your child up and then put her back down. Normally, a child will fuss a bit and thrash around in the bed to resettle. If your child does not act like this, try to fully arouse her by sitting or standing her up, opening her eyes, and calling her name. If she awakens, looks at you, fusses or smiles, and struggles to be left undisturbed, you can go back to sleep without worrying. On the other hand, if she does not protest, can’t be awakened enough to begin fussing, is pale, shows irregular breathing, and is drooling profusely, or shows any of the signs of brain injury listed above, seek medical attention immediately.

2. Changes in balance and coordination

During the day signs of head injuries are easier to observe. Watch your child’s normal play. Is he doing everything the same after the fall: sitting straight, walking well, moving arms and legs normally? Or is he off-balance, wobbly, dragging a leg, or becoming increasingly disoriented? In the prewalker, do you notice any change in sitting or crawling skills or in manipulative hand skills?

Just as some children fall asleep after head injuries, some children vomit, mostly from being upset at falling and hurting. Don’t worry. But persistent vomiting over the next six to twenty-four hours is an alarming sign. Call your doctor right away. As a precaution feed the recovering faller clear liquids for a few hours. Breastfeeding is therapeutic.

The eyes mirror what’s going on inside the body, especially inside the brain. In fact, the back of the eye is so intimately connected with the brain that your doctor looks at the backs of the eyes for evidence of brain swelling while examining a child following head injuries. A child’s signs are more difficult to assess, but here are the call-doctor cues:

What about skill x-rays for head injuries?

Except for severe head injuries or obvious fractures, skull x-rays are seldom helpful; nor is it necessary to rush a happily playing child to the hospital for an x-ray. First, try a period of observation; next, call your doctor; then comes the advice on whether or not to take baby to the hospital for x-rays. A CAT scan, a series of cross-sectional x-rays of the brain, has nearly replaced the plain skull x-ray. In most cases, if a child warrants an x-ray at all, he merits a CAT scan. This technological breakthrough reveals much more about an injury. A CAT scan will detect bleeding or swelling of the brain. On a softer note: In the life of a child, considering the many times little heads meet hard floors, head injuries that damage the brain are uncommon.