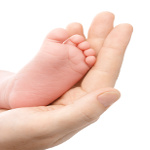 Tips On Winterizing Your Child’s Skin

Dry air and sensitive skin is a recipe for a rashy winter. Once you turn the heat on, expect skin irritations to go up. Here’s what happens; the low humidity of central heating dries the skin, dry skin gets flaky and itches and the child scratches the itchy skin, further irritating the rash, and the cycle continues. Winterizing your child’s skin, in a nutshell, is what you put onto and into it.

Here’s how to winter-proof your child’s skin:

What to put onto the skin

Moisturizers contribute to healthy skin in two ways: they act as a seal to slow the loss of water from the skin to keep it from drying out, and they also help bring up water from the lower layers of the skin to the surface. (See Understanding and Treating Eczema). This is because moisturizers contain barrier agents such as petrolatum that seal in the moisture. They also contain substances called humectants that hydrate the skin from beneath by attracting the water to penetrate the surface of the skin. Other ingredients called emollients also lubricate the skin helping it feel smoother.

Think of moisturizers as dressing your child’s skin in protective layers. Just as you dress your children appropriately for winter weather, think about “dressing their skin” in the same way. By applying an ointment like Aquaphor before exposure to harsh elements you can prevent windburn, such as from sledding, or chaffing from rough scarves and hats. A thin layer of Aquaphor acts as a barrier against these elements. A good moisturizer does not have a heavily fragrance, is free of dyes and preservatives and contains minimal ingredients so it won’t irritate children’s skin, which tends to get even more sensitive in the winter.

Seal in moisture and nutrients.

Our family uses what I call the “soak and seal” method. After giving your child a bath, gently blot the skin with a towel, then leave a bit of water layer to soak into the skin. Then apply an ointment-style moisturizer, such as Aquaphor Healing Ointment, on the skin to seal in the moisture.

Moisturize the skin during air travel.

Apply a thin layer of moisturizer on the exposed skin during air travel. In-flight air is drier than a desert. Cabin air has a relative humidity of around ten percent. The optimal relative humidity for healthy skin is 50 percent.

Here is another Sears’ family winterizing trick. Put a vaporizer in your bedroom. Vaporizers have a double health benefit. They not only increase the humidity in the bedroom and help prevent winter skin from drying out, but the steam also acts like a heat source. If you remember your high school physics, when water condenses it releases heat. The more humid air allows you to turn the central heating down and save fuel costs.

What to put into the skin

Since water is the primary component of the skin, it makes sense to keep the skin well-watered. Have your child drink at least an ounce of fluids per pound per day.

For dermatitis, such as eczema, I tell my patients: “If you don’t want your skin to feel like a fish, eat more fish.” Here’s why seafood is a super food for the skin. Three important nutrients that are high in seafood and nutritious for the skin are vitamin A, omega-3 fats and vitamin D. (This is important since there is less sunshine and therefore less vitamin D in the winter time.) Illnesses, such as dermatitis, are caused by inflammation. Omega 3’s act like anti-inflammatory elements to help heal and repair the skin. Omega 3’s can be given in supplement form if your children aren’t fond of fish (See Healing Effects of Omega-3’s and Understanding and Treating Eczema).

Eat lots of fruits and vegetables.