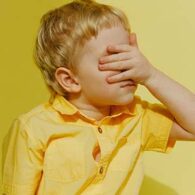 You’re sitting with your six-year-old son among a group of friends. Suddenly the air is not so fresh. Your eyes and nose turn toward your child, the source of this tell-tale smell. You’re embarrassed for your child, your friends and your self. Your child either doesn’t know, doesn’t care, or represses his awareness of the odorous bowel load.

Soiling pants, medically known as encopresis, is not that unusual or always abnormal. It occurs at some point after the child has been toilet trained. It’s much more common in boys than in girls. We can hypothesize that this is because boys are encouraged to keep their feelings in, so they are less likely to ask to be excused for toileting when away from home. It occurs more in children with a strong sense of privacy or a strong tendency to concentrate on an activity to the point that they are unwilling to stop long enough to use the toilet. But it is offensive to others and embarrassing to the child. By understanding why this unpleasant problem occurs, you can help your child master his bowel habits.

Listen to your Brain

Brain and bowel don’t communicate. This is how I explain pant-soiling to a child. The bowel, like the bladder, when full sends a signal to the brain, “I need emptying.” (Draw a picture of the bowel and the brain and connect the two by an arrow. Refer to this diagram as you explain the brain-bowel process to the child.) When your bowel is full, it says to the brain, “Go to the nearest toilet.” (This defecation reflex, or urge to empty the bowel, automatically occurs in persons with healthy bowel habits.) If you listen to what your brain tells you, bowel and brain continue to talk to each other, you go to the toilet when necessary, and your pants stay clean.

“But suppose you don’t listen to your brain, either because you’re too busy, too lazy, or you just plain don’t hear what your bowel and brain say. In this case, the bowel and brain stop talking to each other. The bowel just lets go whenever it wants to, and there’s poop in your pants. Usually, a doughnut muscle at the opening of your bowel squeezes closed to help keep the poop inside until you can get to the toilet, but sometimes this muscle gets lazy and opens up. Sometimes you smell it before you feel it.

Don’t Get Plugged Up

If you don’t listen to your bowel signals the poop gets big and hard and won’t come out. This weakens the doughnut muscle around the bowel. It doesn’t “feel” when the bowel is full, and you get all plugged up. That’s called constipation, and it feels uncomfortable. That’s when you have two types of bowel movements “hard poop” and “soft poop.” The hard poop stays in your bowel and the soft poop — sometimes it’s even watery — leaks around the hard poop, and you don’t even feel it until it’s in your pants. The longer this goes on, the harder the poop gets, the weaker the donut muscle gets, and the less bowel and brain talk to each other.

So how can we keep this from happening? (Encourage the child to answer.) First, you can always listen to what your bowel tells you. Instead of being so busy and not paying attention to your body, go to the toilet as soon as your bowel says, “I’m full.” You can also keep your poop from getting hard by drinking lots of water and juices (prunes, prune juice, pear juice) and eating whole-wheat breads, and cereals.

Keep (with your child’s help) a diary of when your child soils his pants. What triggers holding onto the bowel movements and what triggers letting go? Does the smell appear when he is stressed in group play? Does it happen when he is so engrossed in play that he ignores his bowel signals? Little boys with little bowels are forgetful. If your diary detects a correlation between play and soiling, call this connection to your child’s attention. “As soon as you feel bowel pressure, go sit on the toilet. Don’t hold on to it”

Some children are embarrassed about toileting. Rather than let their playmates know they have to go to the toilet, lose their place in line, or ask the teacher to go to the bathroom, they ignore their bowel signals, consciously or subconsciously convincing themselves — and their full bowel — they really don’t have to go. Impress upon your child that toileting is as normal and human as eating. Everyone does it. Perhaps some children can’t imagine their teacher ever having to go to the bathroom.

Some children don’t want to “waste time” going to the toilet. Rather than interrupt the play and expend the effort to go all the way to the toilet, get undressed, redressed, and reenter play, the child just ignores his body signals and continues playing. To help your child do his toileting quickly, buy pants or shorts with elastic bands.

Paradoxically, the most common medical cause of pant soiling that I see in my office is constipation. These diagnosis surprises parents, “But it runs out…” What soils the pants is the soft, watery stool that leaks past the hard feces. By examining your child, the doctor can tell if constipation is the culprit. Stool softeners, such as natural fiber (psyllium husks, branlike flakes available at nutrition stores that you sprinkle on your child’s morning cereal), prune and pear juice, prune puree (if your child won’t eat prunes), and two extra glasses of water each day are natural stool softeners. Remember to be patient with plugged bowels. They have been so stretched by constipation that it may take at least a month to notice improvements.

Explain to your child what’s happening — how the doughnut muscle that holds in the poop gets lazy and opens up and lets out poop. He needs to know why he soils his pants. Probably a few of his friends also soil their pants. Explain to him that he has grown up, but his bowels haven’t, and you’re going to help him help himself. He needs to take responsibility for his body. When his bowel and brain are giving him signals, he must listen to them. Explain to your child that sometimes if his brain is upset his bowels get upset, too, and don’t work as they should. If he gets tense, his bowels also get tense. So, avoid put-downs and criticism. Your child will get enough not-so-gentle reminders from his peers and sibs. Encopresis is embarrassing. Children want help learning about their bodies.

When older children (past age six) soil their pants by choice and not by accident, they are old enough to learn how to be responsible for cleaning their soiled pants. This increases the motivation to learn proper bowel habits. In a non-punitive tone show and tell him how to clean his pants—once. After that, it’s up to him. After all, it’s his poop in his pants. This is guaranteed to get his attention, and he will love you for it because it says you are dead serious about his getting this problem fixed. You will not have him embarrassed anymore!!!

In most children pant-soiling, like bed-wetting, is a developmental nuisance, not a psychological problem. But in some children, the problem lasts months or years, and in this situation what lies in the pants is a symbol of emotional disturbances deeper inside the child, such as chronic, unresolved anger or power struggles with parents. An intestinal reaction to environmental upsets (a move, divorce, illness) also upsets the child’s bowel habits. Seek professional help. But before you book yourself or your child for counseling, consult your child’s doctor for a thorough physical examination.

While it is safe to use the natural stool softeners mentioned above, don’t use over-the-counter or prescription laxatives without your doctor’s advice. Sometimes an over-emphasis on bowel “treatment” draws too much attention to your child’s bowel habits and may aggravate the problem. Also, take inventory of your family situation and play parent-detective to find out what disturbing factors may be triggering this offensive habit. Have a talk with your child about how you will work hard to change these factors as he works hard to control his bowel habits. Family therapy guarantees investment from all the players, and your child will respond in a healthy way to this joint effort.

For kid-friendly resources, read the children’s book, You Can Go to the Potty