How Parenthood Changes Your Brain for the Better

Over my 45 years as a pediatrician, I’ve become increasingly convinced that the term “mommy brain,” and in a different way “daddy brain,” are realities of parent life. 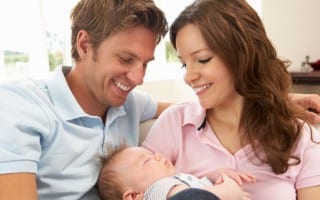 Actually, that makes sense. For babies to survive and thrive, parents, especially mothers, would develop an extra radar system in their brains to nourish and protect their baby. Many times I have been fascinated with a mother’s intuition, “I just know what he needs…” or “I know she’s sick somewhere…” New neuroscientific discoveries reveal that yes, something good happens to the brains of moms and dads when they become parents.

A fascinating article in the October 2015 issue of Scientific American Mind reveals the results of neuroimaging studies on the brains of new moms and dads. There are areas of the brain that increase in volume in both parents, especially the hypothalamus, the area of the brain involved in the production of attachment hormones, such as dopamine and oxytocin; the thalamus, which enhances perception of baby’s needs, and the prefrontal cortex, which upgrades a parent’s perception of what a baby’s behavior and primitive language is trying to tell them. In a neurologic nutshell, the centers of the brain most involved in babycare get bigger in new parents. Especially in mothers, the center for “protectiveness” is increased, revealing the normal neurologic basis for the term “overprotective mother,” because her brain is made to behave that way – for the safety of her baby. It’s interesting that this protective center doesn’t increase significantly in dads, studies show, perhaps accounting for my observation of how moms and dads interact with their beginning climber on the playground. As the little monkey hits the bars, moms may say, “Be careful!” while dads give an encouraging, “Climb higher!” Both are right.

I’m happy that new studies validate the intuition of pediatricians and mothers on the reality of “mommy brain.” Many times I’ve heard mothers read outdated and unfounded advice in older books, such as: “Let your baby cry it out…” and they tell me, “That just does not feel right to me…” Mommy brain also protects babies against unscientific and sometimes downright harmful parenting advice.

Moms and dads, believe in your brains that are specifically designed for the betterment of your baby.