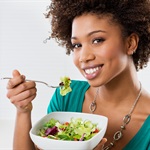 Link Between Diet and Cancer

Cancer is a preventable disease, and since one-third of cancers are diet related, change your diet and you drastically decrease your chances of getting cancer. Each year the United States spends billions of dollars on cancer research, and our country excels in the treatment of cancer. We have some of the best cancer specialists and cancer treatment centers in the world, which look at the link between diet and cancer (See Dietary Changes to Lower Cancer Risk).

The Harvard Report on Cancer Prevention lists the relative risk factors as the following:

Yet, the United States is pitifully inadequate when it comes to cancer prevention. After battling and surviving colon cancer, my main concern was how to keep from getting cancer again. As part of my treatment program, I consulted top cancer specialists and visited one of the top cancer centers in the world. When asked what I could do nutritionally to lower my chances of having, shall we say, a “return visit,” the oncologist glibly said, “Don’t eat too many hamburgers.” Such was the extent of nutritional counseling for cancer prevention. That’s when I realized that a cancer survivor is more motivated than even the top cancer specialists to do his homework on preventive medicine.

After all, cancer centers and cancer specialists make their living on treatment, not prevention. While there is no lack of money for cancer research in America, research money is targeted primarily at developing new understandings and treatment of cancer with a pitifully small proportion of government research funds directed toward prevention. Cancer research is a glaring example of funding the wrong end – too much money spent on treatment, too little spent on prevention.

No one in the world is more motivated to seek out an anti-cancer regimen than a cancer survivor who wants to be sure he remains a survivor. I was also motivated by concern for my children. There is a strong hereditary tendency within our family for cancer. Both Martha’s mother and my father died of colon cancer. Some people have genes that give cells an increased chance of mutating, meaning becoming malignant. These are called oncogenes, meaning cancer risk genes. The influence of these genes does not become apparent unless they’re activated by certain carcinogens. If you inherit oncogenes for a particular cancer, there are three ways to lower your risk of getting that cancer:

While there is ongoing debate in many fields of preventive medicine, the link between diet and cancer is no longer controversial, thanks to a monumental six-year study called the “China Project,” conducted by universities in America, China, and Great Britain. This study concluded that the standard American diet contributes greatly to the high incidence of cancer and cardiovascular disease. The most influential studies regarding the link between diet and cancer showed the following significant correlations:

During my recovery from surgery, chemotherapy, and radiation therapy for colon cancer, I thoroughly researched many claims about diet and lifestyle in relation to cancer risk. The anti-cancer regimen on this site is based on solid scientific information.

You don’t all of a sudden “get cancer.” Chances are great that you, and even your children, have a few cancer cells lurking in your body. This is why we emphasize beginning the anti-cancer regimen, especially the anti-cancer diet, in early childhood, since cancer cells develop very slowly over decades and may not be detected until decades later (See Anti-Cancer Program).