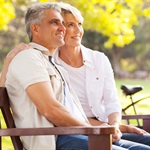 Since you will see the word “cholesterol” on just about every food package you buy, it’s important to know what it is, what it does, and how much is safe. Below are the important cholesterol facts you need to know.

Cholesterol is not a fat. Biochemically it’s called a “sterol.” It contains no calories, so the body cannot derive any energy from it. Cholesterol forms an integral part of the cell membranes throughout your body, sort of like the mortar that holds the brick wall together. It is particularly important in the cellular structure of the brain and central nervous system, and is an important component of the myelin sheath that provides insulation to the nerves. The body uses cholesterol to make bile acids, which are necessary for proper food digestion. It’s also a vital part of adrenal and sex hormones (estrogen, progesterone, testosterone), and it helps the body manufacture vitamin D.


Cholesterol enters the body from saturated fats in animal sources, such as meat, poultry, egg yolks, liver, butter, cheese, and other dairy products. The cholesterol goes to the liver where it joins the cholesterol that is made there. It is transported from the liver to the cells by low-density lipoproteins (LDL), which acts like a nutritional ferry boat; loading up the cholesterol and navigating through the bloodstream, stopping at cells and depositing it to the cells that need it. If a cell already has enough, it “refuses delivery” of the cholesterol cargo. The excess LDL stays in the blood where the cholesterol is deposited in the walls of arteries, causing atherosclerotic plaque. The more plaque that builds up, the narrower the arteries become, until eventually the blood supply to vital organs is reduced. This is why LDLs are known as the “bad cholesterol.”*

While this is an oversimplification of a complicated biochemical process, it helps us understand two conclusions:

To remember which cholesterol is “good” and which is “bad,” think of LDL as “lousy” cholesterol, and HDL as “healthy” cholesterol. As a further reminder, “lousy fats,” the ones that are saturated or hydrogenated, contribute to lousy cholesterol.

How much cholesterol do you need?

One theory that explains cholesterol sensitivity is humans are by nature vegetarians. Originally, human bodies were not genetically equipped to metabolize dietary cholesterol, since plants are cholesterol-free. As the human diet began to include animal products, some people’s bodies developed metabolic ways to dispose of excess cholesterol and some didn’t. People who descended from the ones that didn’t adapt are the cholesterol-sensitive ones.


Women tend to have higher levels of HDL than men, since female sex hormones release HDL and male sex hormones lower HDL. At menopause, estrogen production drops, and so does HDL. Just another mid-life biochemical quirk that should stimulate menopausal-age women to start an HDL-raising exercise program.