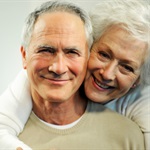 Here are some cholesterol numbers you should know in case your doctor presents them to you and you wonder what they mean:

What the cholesterol numbers mean and what you should shoot for

Doctors use these numbers both as a guide to predicting a person’s risk of heart disease and as blood tests to monitor the effects of treatment. Rather than using absolute numbers, cardiologists use ratios, both of LDL to HDL and of total cholesterol to HDL. An ideal ratio is 3.5 to 1 or less. For example, if your LDL is 130 and HDL is 40, your ratio is 3.3 to 1. As the ratio rises above 3.5 to 1, the risk of coronary artery disease increases. The number that seems to be the most predictive of heart disease is the ratio of total cholesterol to HDL. For example, a cholesterol of 200 and HDL of 50 would give you a cholesterol-to-HDL ratio of 4 to 1. A cholesterol-to-HDL ratio greater than 4.5 to 1 increases a person’s risk of coronary artery disease. The risk doubles at a ratio of 5 to 1 and doubles again at a ratio of 7 to 1. Best is a ratio of less than 3.5 to 1.

The heart-healthy magic number is 3.5 or less.

NUTRITIP: Prepare For Your Test

Several things can affect the accuracy of cholesterol blood tests: fluctuations in weight, changes in diet, pregnancy, and excessive alcohol intake. The most accurate results are obtained when your weight has been stable for at least two weeks and you are eating your usual diet. While total cholesterol and HDL are fairly accurate without fasting, the most accurate measurements of triglycerides and LDL can be obtained first thing in the morning after a 12- hour, overnight fast. (To avoid the discomfort of an overnight fast, get a routine non-fasting blood cholesterol. If it’s borderline or high, get the complete profile, which needs to be done after fasting.)