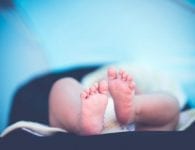 The harmful effects of drinking alcohol while pregnant on the developing baby were recognized in the early 1900’s, when physicians observed an increase in the number of malformations occurring in babies born nine months after certain European drinking festivals. Unfortunately, any alcohol you drink will get into your baby’s blood, just as it does into yours – and at the same levels.

Drinking alcohol while pregnant in large amounts can cause fetal alcohol syndrome (FAS), a disorder encompassing a variety of abnormalities. FAS babies are lighter, shorter and have smaller brains than normal babies.

Sometimes their brains are malformed, and they may suffer mental retardation as a result. Babies with fetal alcohol syndrome have unusual facial characteristics – their eyes appear smaller than usual, their nose is short, their upper lip is thin, and they may have abnormalities of the hands, feet and heart.

Drinking Can Lead to Low Birth Weight and Even Miscarriage

Studies show that drinking alcohol while pregnant can also cause pregnancy complications such as miscarriage, low birth weight and pre-maturity. Like smoking, alcohol’s most harmful effects are on brain development. The effects of maternal drinking on the baby have been dubbed “a life-long hangover.”

What About an Occasional Glass of Wine?

While one occasional glass of wine with dinner may not be as dangerous, knowing how much is too much is a question no research has answered. Studies show that like smoking, alcohol has a dose-related effect. This means the more alcohol mother consumes, the more damage her baby is likely to suffer. Studies also demonstrate that both binge drinking (five or more drinks on one occasion) and regular drinking (an average of two drinks per day throughout pregnancy) definitely harms babies. (One drink means one ounce of hard alcohol, one 8-ounce glass of wine or one 12-ounce glass of beer.)

Obviously, the riskiest time to drink an alcoholic beverage is during the first trimester, compared to the risk at 36 weeks, when babies’ organs are fully formed. An occasional, single glass of wine or beer in the last month is unlikely to harm your baby.

It’s important to rely on your common sense, as well as scientific studies. Perhaps the safest way is to refrain from drinking alcohol while pregnant. If you’re at social gatherings where alcoholic drinks are served, drink like a child, because you are carrying one. Order your drink “virgin” (without alcohol), or enjoy flavored bottled waters.