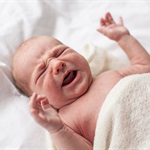 6 Ways to Reduce the Risk of Premature Delivery

Ease your fears about a premature delivery by doing these six simple, common sense steps below:

1. Avail yourself of good prenatal care.
2. Don’t smoke. Quit before conception if you can.
3. Avoid alcohol consumption.
4. Eat nutritiously and gain the right amount of weight for you.
5. Avoid illegal drug use and use of over-the-counter medications not approved by your healthcare provider.
6. Avoid chronic, unresolved stress throughout your pregnancy.