Make the Decision to Circumcise Easier

Making the decision to circumcise is one that many parents face. There are many misconceptions and out-of-date information that parents may read. Here is a summary of the pertinent issues that you should consider when making this decision.

THERE ARE NONE! Do not make the decision to circumcise your baby because you think there are some medical benefits. A review by the American Academy of Pediatrics looked at all the data from the past decades to see if there truly were any medical benefits. Their conclusion – NO. There are no significant medical benefits that make circumcision worth doing. Here are a few benefits that we used to think were true, and now know are not. 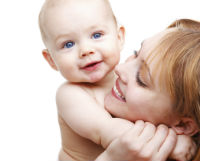 Although it is true that a circumcised penis does not collect any white stuff underneath the foreskin like an intact penis does, this is not a medical benefit. It is really just one less area to wash in the shower.

This was a myth that we now know is not true.

Avoiding Infections in the Foreskin

It is true, occasionally intact foreskins get irritated. This is easily treated with warms soaks and washing. Rarely, the irritated foreskin becomes infected. This requires antibiotics to clear up, but is easily treatable. Even if this does happen once or twice in a person’s life, it is not a reason to circumcise at birth.

Avoiding the Need to Make the Decision to Circumcise Later On

Very rarely, someone has a problem with recurrent infections in the foreskin that need antibiotic treatment. Some of these men then need to be circumcised in an operating room under general anesthesia. This is extremely rare, however, and is not a reason to circumcise everyone at birth.

THEREFORE, IF YOU DECIDE TO CIRCUMCISE YOUR CHILD, DO NOT DO SO BECAUSE YOU THINK THERE IS ANY MEDICAL BENEFIT.

Some parents make the decision to circumcise for religious or cultural reasons. This is a personal decision.

Don’t Want to be Teased

While this may have been true in the U.S. decades ago, the truth is that your uncircumcised kids will be in good company in the locker room when they are teenagers. Less and less people in the U.S. are now circumcising their boys.

Too Much Trouble to Take Care Of

Some people think that an intact penis is too much trouble to pull back and clean, especially during childhood. Well, the truth is, you are not even supposed to pull back the foreskin until it naturally comes back on its own between age 3 and adolescence. So there really isn’t anything to even take care of until then.

The main difference that your child will notice between him and dad is the hair. He won’t even notice any difference in the penis until he is old enough that you can then explain to him the difference.

Reasons to Make the Decision to Circumcise

Reasons not to Circumcise

Consider these reasons to not circumcise your son:

Whether you believe God created men with a foreskin, or nature simply evolved this way, there must be some reason men have foreskins. Why change something that God/nature has created?

The foreskin is filled with nerves, and is therefore extremely sensitive to touch. This enhances sexual pleasure.

Protects the Glans (Head) of the Penis

The glans is another highly sensitive area. The foreskin protects the glans from constant rubbing and chaffing against clothing that can desensitize it over the years. This preserves sexual pleasure.

There are groups of people worldwide, including medical societies, that oppose routine circumcision because they feel it is unethical for a parent to decide to alter the penis of their child without the child’s consent. Parents who are making the decision to circumcise their son or not may wish to consider the impact this may have in the future if the child decides they wish they were not circumcised.

So, when making this decision to circumcise your son, the first thing to ask yourself is this – “Do I have any good reason to circumcise my baby?” If your answer is for religious, then follow your faith. If not, and you can’t think of any other significant reason other than just “because,” then consider the above information as you make your decision.