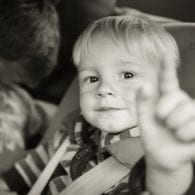 The Centers for Disease Control just released their latest findings about autism:

The survey also found that the number of children diagnosed with any developmental disability increased from 1 in 17 kids to 1 in 14 – about 7% of all children.

It’s important to know that there are two ways in which the CDC researches autism rates. They originally began by gathering surveillance data on reported cases of autism from about 11 different states. They collected data on all 8 year old children who were diagnosed with autism, and extrapolated that to give a nationwide rate. That’s where the numbers 1 in 150, then 1 in 110, then 1 in 68 came from. The main drawback is that it took many years to research and report data this way, and the information is very old by the time we get it. For example, for kids born in 2004, the CDC had to wait until they were are 8 years old (2012), then take two years to gather the data on diagnosis rates, then publish it. So, we didn’t learn the rate of autism in these kids until 10 years after they are born.

Now the CDC has added a second method: the National Health Interview Survey. This nationwide parent survey tabulates health information on a variety of topics, and it gives us an immediate look at the rate of autism in kids now. And this is where these new numbers came from.

What I find unusual about the CDC report is that it states “there was not a statistically significant change in the prevalence of children ever diagnosed with autism spectrum disorder from 2014 to 2016.” However, the report shows it increased from 1 in 45 to 1 in 36. By trying to say that there is no significant increase, is the government hoping to reassure people that autism isn’t a significant problem? That the rising number of children with autism isn’t something that anyone has to worry about? Are they trying to avoid a panic?

Families affected by autism have long been waiting for our medical and governmental communities to step up and treat this rise as the single most significant pediatric health challenge of our time. After all, every other single medical condition with a rate of 1 in 36 gets billions in funding to solve (and most of these conditions are much less common). For autism, we’ve left most of the bill to each individual family so far.

Is it time we take autism seriously as a nation? Or do we all just keep assuming our own children and grandchildren will be among the 35 out of 36 who don’t have autism and look the other way?

For more information on autism, visit our autism page.