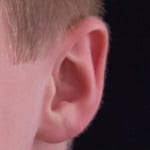 Your child has a bothersome cold for a week. Their nasal discharge turns a little green and their cough starts to keep you all up at night. Then one night they are up every hour extremely fussy with a fever. You take them to the doctor the next morning, almost certain they have another ear infection.Ear infections in children are one of the most worrisome illnesses for both parents and children to go through, especially if they are frequent. They also are the most common reason for antibiotic prescriptions. Here’s a guide to help you understand why ear infections occur, how to best treat them, and most importantly, how you can prevent them from happening too often.

Your child may have 2 or more of these symptoms:

Your child is unlikely to have an ear infection if:

1. There are no cold symptoms

2. They are pulling at the ears

Or batting the ears in infants less than 1 year of age. Infants less than 1-year-old are unable to precisely localize their ear pain. This means that they cannot tell if the pain is coming from the ear or structures near the ear. Infants can pull on or bat at their ears for two other common reasons:

3. No complaints of ear pain

No complaints from a child who is old enough to tell you, usually by age 2 or 3.

Infants often pull on their ears simply to play with them. Ear pulling in the absence of the above signs is unlikely to signal an ear infection.

How can I tell if it’s an ear infection or just teething?

Are you tired of taking your fussy baby to the doctor to check her ears, only to be told it’s probably just teething? To help you decide, with teething:

How do ear infections in children occur?

The ear is divided into three parts: the outer ear canal, the middle ear space where infections occur, and the inner ear where the nerves and balance center are. A thin, membranous eardrum divides the outer and middle ear. The middle ear space contains the small bones that conduct the vibrations of the eardrum to the brain and is also connected to the back of the nose via the Eustachian tube.

In infants and young children, this tube is much shorter and is angled. It is therefore much easier for bacteria to migrate from the nose and throat up into the middle ear space. As the child grows, this tube becomes more vertical, so germs have to travel upward to reach the middle ear. This is one-reason children outgrow ear infections.

When your child has a cold, the nasal passages get swollen and mucus collects in the back of the nose. This environment is a breeding ground for the bacteria that normally live in the nose and throat to begin to overgrow. Mucus is also secreted within the middle ear space just as it is in the sinuses.

This pus causes the eardrum to bulge, causing pain. It is this red, bulging pus-colored eardrum that the doctor can see by looking into the ear canal.

Are ear infections in children contagious?

How are ear infections treated?

Here are some antidotes to help you get through the night:

Xylitol helps fight the bacteria causing the infections, much of which is in the nose.

A seven-day course is the current recommendation unless your doctor feels a longer course is indicated. The whole issue of antibiotics can be confusing to parents, so here are some general guidelines to help you:

“But doctor, amoxicillin doesn’t work for my child, and it’s so hard to give it to them three times a day! Can I please have the once a day for only five days stuff?” – Be careful about doing this. Always taking a stronger, more convenient antibiotic can make the bacteria that dwells in your child more resistant to the stronger antibiotics, and can make future infections more difficult to treat. Even if amoxicillin hasn’t worked once or twice in the past, chances are that this new infection is a different bacteria that is sensitive to amoxicillin, especially if more than two months have passed since the last antibiotic. The good news is amoxicillin now comes in a twice-a-day form, and treatment is usually only seven days instead of ten.

When to use a stronger antibiotic

It is usually best to start with the simple amoxicillin. Here are some reasons to go with something stronger:

If this occurs, your doctor will probably also prescribe an ear drop that is a mix of antibiotics and hydrocortisone. This helps the ear canal heal.

Healing Tip: Encourage your child to sleep with the sore ear up to allow gravity to help the fluid drain away from the eardrum.

No, they are not absolutely necessary, but they are helpful for several reasons:

Minimizing side effects of antibiotics

Side effects can include:

Read more about the side effects of antibiotics for an important discussion on how to minimize those side effects.

There are two components of ear infections that need to resolve:

Remember, since the runny nose and cough are usually caused by a cold virus and not bacteria, it may be 3 – 14 days before these symptoms resolve.

Most doctors will have you follow up anywhere from one to four weeks after an ear infection. There are several reasons for this:

As stated above, sometimes it can take several months for the fluid to drain out of the middle ear space. During this period the hearing can be muffled, however, this isn’t dangerous and does not cause permanent hearing loss. Thankfully, the fluid often drains out within two or three weeks. There are several situations, however, when you do need to worry about this fluid in the ear:

If your child has had several ear infections already, or you simply wish to lower their risk of getting ear infections in the first place, here are some ways to prevent or at least lessen the frequency and severity of ear infections:

There is no doubt whatsoever in the medical literature that prolonged breastfeeding lowers your child’s chances of getting ear infections.

Continuous exposure to other children increases the risk that your child will catch more colds, and consequently more ear infections. Crowded daycare settings are a set up for germ sharing. If possible, switch your child to a small, home daycare setting. This will lower the risk.

If you think allergies are contributing to your child’s runny nose and, consequently, ear infections, click on allergies to find out more about how to minimize your child’s allergies.

Lying down while bottle-feeding can cause the milk to irritate the Eustachian tube which can contribute to ear infections.

When a runny nose and cold start, do your best to keep the nose clear by using steam, saline nose drops and suctioning. Also, try Xlear® nasal spray which contains xylitol that can help prevent viruses and bacteria from attaching in your child’s nose. See colds for more info on clearing the nose.

There is strong evidence that smoking irritates the baby’s nasal passage, which leads to Eustachian tube dysfunction.

This is an herb that can safely and effectively boost the immune system. Read our article on echinacea for more information.

I firmly believe that chiropractic adjustments to the skull and neck can improve middle ear drainage and decrease ear infections.

These can greatly boost your child’s immune system and help fight off infections.

If your child is having frequent ear infections, more aggressive prevention may be indicated. There are different opinions as to the definition of chronic ear infections. How many is too many?

There are three forms of medical prevention:

While ear tubes do have their place in treating recurrent ear infections, there does exist some controversy over their use. The advantages are listed above, but some common concerns about tubes are: